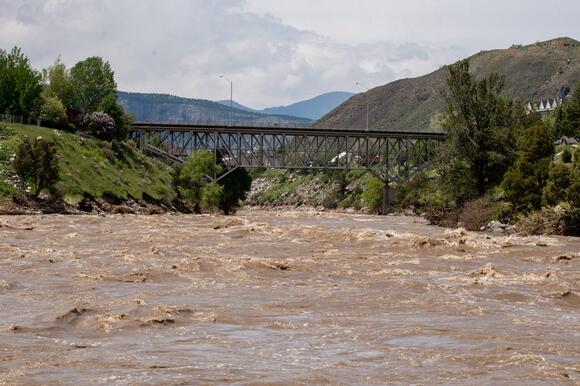 Yellowstone officials announced plans to reopen parts of the historic national park to the public Wednesday after last week’s devastating floods forced the evacuation of more than 10,000 people.

Visitors will be allowed to enter the park’s south loop area at 8 a.m., but flood damage is likely to keep the north loop closed for a “substantial length of time,” the National Park Service said in a statement.

Unprecedented rainfall that started June 12 triggered rockslides, mudslides and heavy flooding throughout the world’s first national park, inflicting damage that could take years and more than $1 billion to repair.

Visitors will be able to access Old Faithful, West Thumb and other areas, but some areas of the south loop , such as the Norris and Lewis Lake campgrounds, remain off-limits.

Starting Wednesday, vehicles can enter the park based on whether the last number on their license plate is odd or even, according to a news release.

Park officials announced exceptions to the system, including entrance regardless of license plate number for commercial tours and visitors with proof of overnight reservations at hotels, campgrounds or in the backcountry, according to the National Park Service.

The license plate system is meant to balance the high demand for people wanting to access the park while ensuring the south look loopdoesn’t get overwhelmed with visitors.

Yellowstone National Park Superintendent Cam Sholly said in a statement that it’s “impossible” to reopen only one loop of the park in summer without enforcing some type of visitation system.