Yankees cruise to shutout over Blue Jays as win streak...

The Yankees this week were facing what was supposed to be the biggest test of the first half of the season with a pair of series against the Rays and Blue Jays.

After sweeping the Rays in The Bronx, the Yankees have a chance to do the same to the Blue Jays after beating them 4-0 on Saturday in front of a sellout crowd of 45,055 at Rogers Centre.

With their ninth straight win, the Yankees improved to 15-1 since June 9 and widened their lead in the AL East to 12 games over second-place Toronto.

As usual, there were different contributors to this victory — namely Aaron Hicks, whose three-run double off Alek Manoah in the fourth provided the early offense. 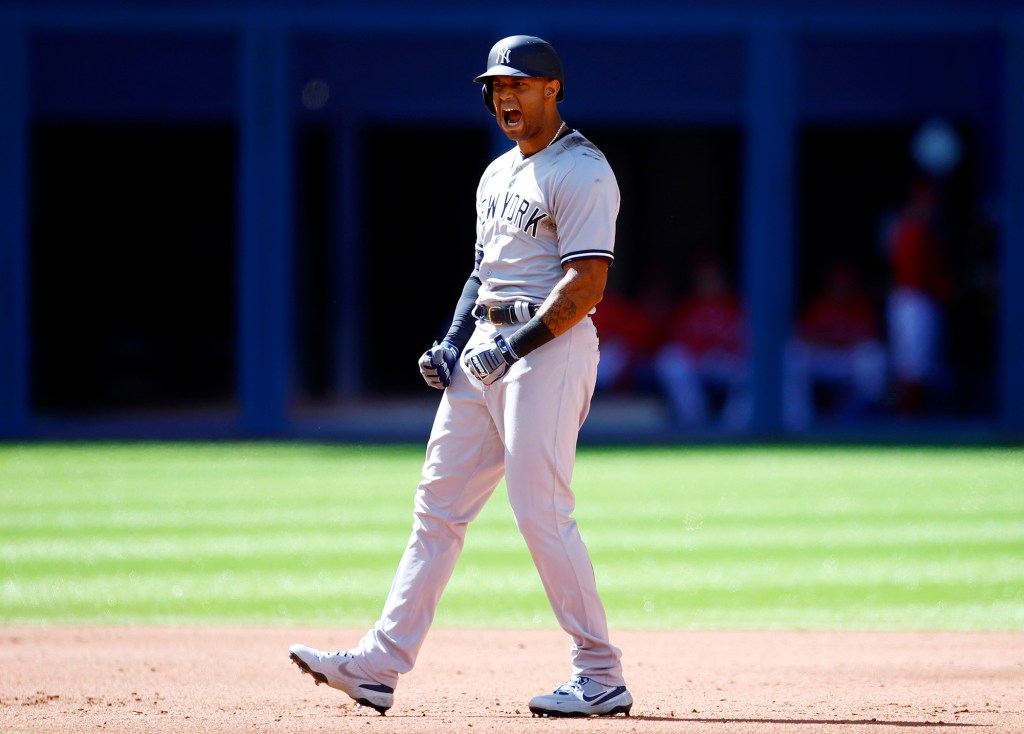 Jameson Taillon was excellent once again, holding Toronto scoreless over his 5 ²/₃ innings. He struck out a season-high eight.

The right-hander had walked one or fewer in each of his first 12 starts this year, so it was a surprise when he issued a leadoff walk to George Springer in the bottom of the first.

But Taillon pitched around the free pass, then got out of a jam in the second.

Consecutive one-out singles by Teoscar Hernandez and Raimel Tapia gave the Blue Jays runners on the corners, but Matt Chapman popped to shortstop and Taillon struck out Santiago Espinal looking to end the threat and keep the game scoreless. 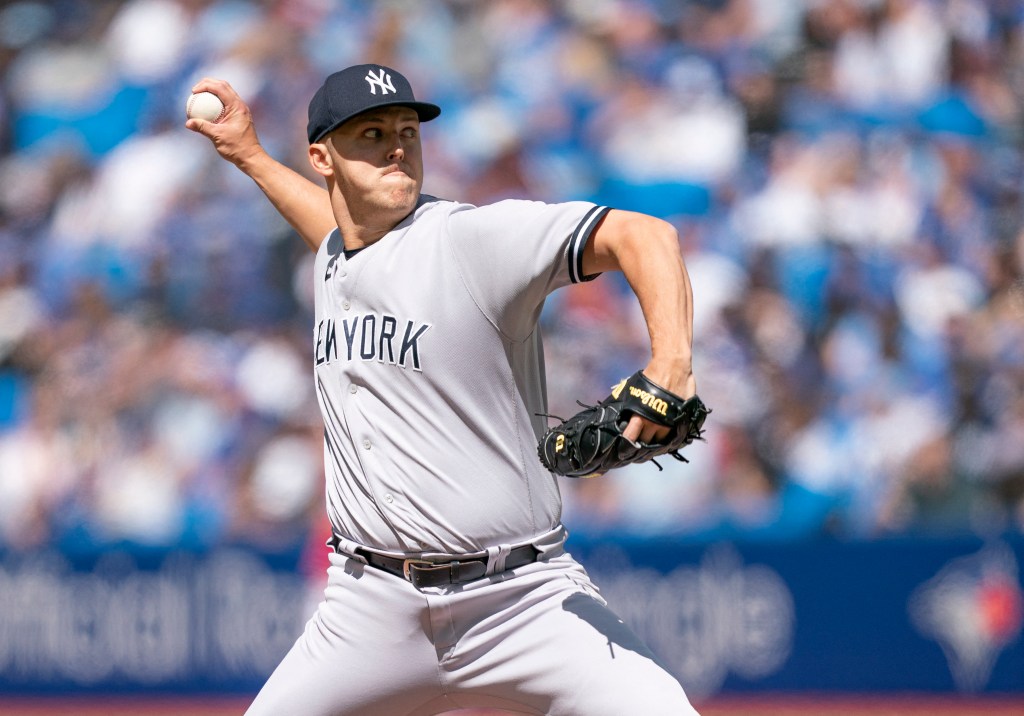 Jameson Taillon pitches Saturday during the Yankees’ win over the Blue Jays.

Taillon then retired eight straight, giving the Yankees offense time to finally find some success against Manoah, who entered the game 2-0 with a 1.52 ERA over 23 ²/₃ innings in four career starts against them, including one run in a dozen innings in a pair of outings earlier this season.

He allowed just one baserunner over the first three innings, but the Yankees got to him in the fourth.

Aaron Judge grounded out to start the inning before Anthony Rizzo drew a walk. Gleyber Torres followed with a single, but Joey Gallo whiffed for the second out.

Isiah Kiner-Falefa then beat out an infield hit to short — which could have been ruled an error on Bo Bichette — to load the bases and extend the inning. 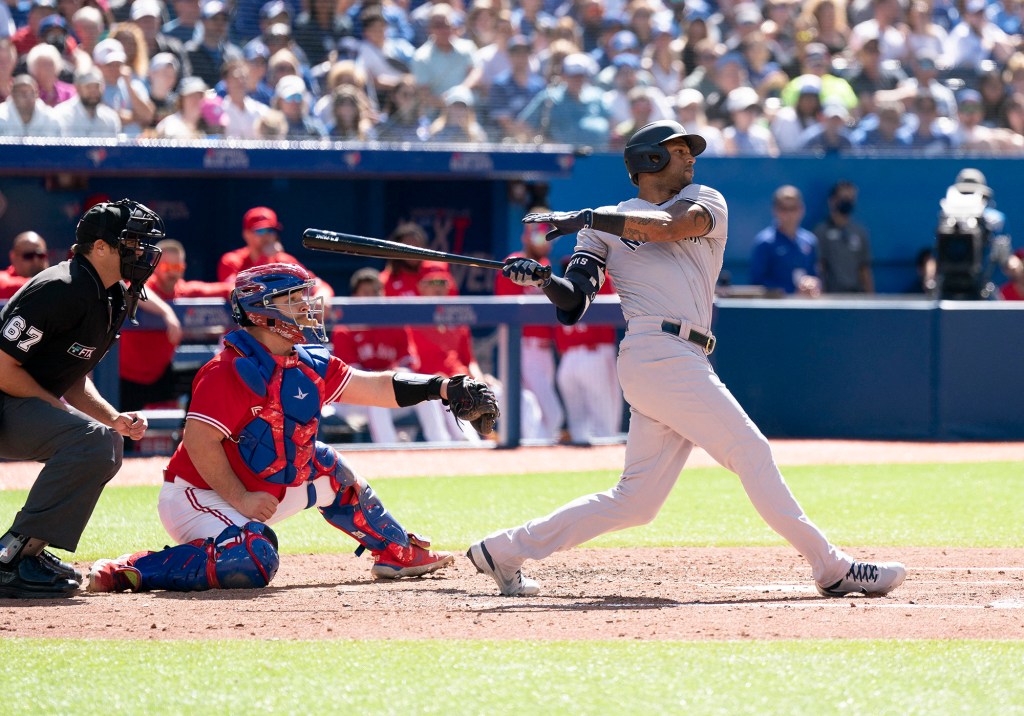 Aaron Hicks connects on a three-run double in the fourth inning.

That brought up the struggling Hicks, who had followed up three straight multi-hit games by going 1-for-14 with six strikeouts in his next five games.

Against Manoah, Hicks delivered a bases-clearing double to right that gave the Yankees a 3-0 lead.

Taillon gave up a leadoff double to Tapia in the fifth, but struck out the next three: Chapman, Espinal and Cavan Biggio.

Torres doubled to open the sixth inning. Tapia got a glove o…