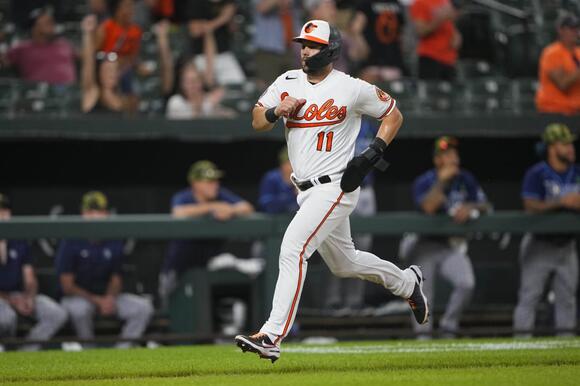 The Yankees have added another veteran infielder with major league experience.

According to Conor Foley of The Scranton Times-Tribune, the Yankees signed Chris Owings to a minor league deal on Saturday.

While the initial plan is for Owings to report to Triple-A Scranton/Wilkes-Barre to play for the RailRiders, the 30-year-old will have a chance to make it back to the big-leagues at some point this season if he can turn things around offensively.

The Baltimore Orioles decided to cut ties with Owings earlier in the week after an abysmal start at the plate. In 56 at-bats, Owings was batting an anemic .107, with zero RBIs leading up to his June 12 release.

Owings, a former top prospect and first-round pick of the Arizona Diamondbacks back in 2009, has been unable to live up to the hype in his major league playing career. However, he has still managed to produce a .239 career batting average and 220 RBIs in 10 total seasons. His best campaign came back in 2016, where he slashed .277/.315/.416 with a .731 OPS and 49 RBIs, while leading the league with 11 triples.

Although Owings has had a rough go of things this season, he provides versatility with his ability to play second base, shortstop, and left field. Should the Yankees suffer an injury in the infield, they now have Owings as a depth piece with major league experience in Triple A.