Football fans have voiced their frustration over expensive accommodation in Qatar, with leaky air-conditioning units, broken TVs and doors that are tricky to lock.

One attendee was left feeling shortchanged after he paid approximately 707 Qatari Riyal per night, equating to £163.35, for accommodation at Fan Village Caravan City.

“For the money I’ve spent and the nature of this event I expected a better quality experience than I have received,” said the 40-year-old, who wished to remain anonymous.

i previously reported that fans were feeling nervous about what the accommodation would be like as they had not seen images, despite having requested some from the provider.

People arriving at Rawdat Al Jahhaniya fan village have taken to social media to vent about the state of the site, with images showing sand, rubble, industrial machines and ripped-up turf. 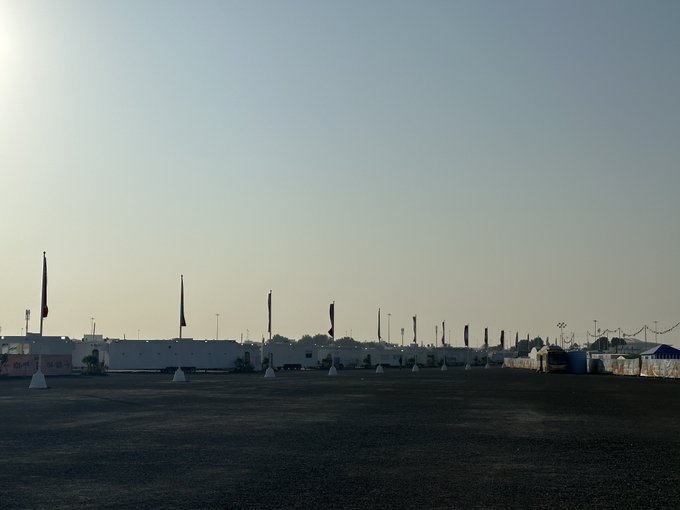 Caravan City was not busy on the first day of the tournament (Photo: Supplied)

Fans complained of loud and ineffective air-conditioning, with one builder who worked on the site telling The Times that “it has been hell”.

At Caravan Village, people faced a long wait before they could check into their accommodation. “The reception desks struggle to get through the check-ins of incoming guests in a timely manner with long waits for the weary and confused travellers when we arrive,” the American fan told i.

He arrived at a trailer with visible signs of age such as stains and water damage. “Some air conditioning units are prone to leaking, doors are tricky to lock, and TVs may not work,” he said.

He continued that most of the food stands are not up-and-running and many of the 10,000 trailers still seem to be empty on the first day of the tournament.

“As more and more fans make their way into the facility, it will take a ton of work to keep up with the guests’ expectations for this expensive accommodation,” he said, adding that staff are doing their best to clean and repair but “there are limits to what they can do for some of the bigger issues”.

However, another fan told i he was “pleasantly surprised” by his accommodation at Caravan City due to good air conditioning and wifi. The room contained two single beds, chairs, a brand new TV and a small bathroom.

He has only seen a few other England fans, with many being from Ecuador or Mexico.

“To be honest, Qatar has been really welcoming, I was a bit dubious when the cabbie didn’t know where Caravan City was but we must be among the first people here,” he told i.