Witness says she saw boy’s aunt standing idly by as... 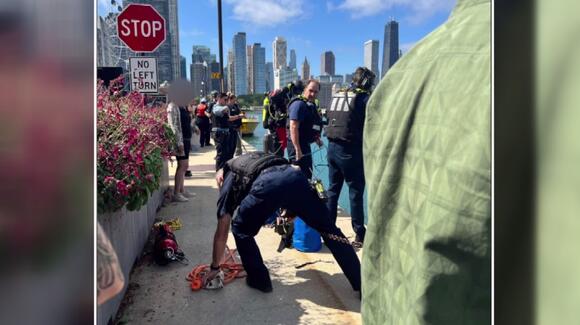 CHICAGO (CBS) — In a story that struck a nerve with our viewers and web visitors, police sources say a 3-year-old boy was pushed into Lake Michigan and struggled for nearly 20 minutes before he was rescued.

This happened Monday . The young boy remained in critical condition at Lurie Children’s Hospital Tuesday night, and we have learned that charges could be coming for his aunt – who sources say is suspected of pushing him into the lake near Navy Pier.

CBS 2’s Charlie De Mar spoke Tuesday with a woman who was at Navy Pier and witnessed the horror. The woman, Ashton King, said she saw the boy floating and immediately jumped into action while the aunt allegedly stood by and watched.

King started the day on a boat tour at Navy Pier with a friend. But she quickly found herself in the middle of crime scene.

A shot from Chopper 2 Monday afternoon showed King standing alongside divers and police – who rushed to try and save the 3-year-old boy who sources says was intentionally pushed into the water by his aunt.

King: “We looked at what she was looking at, and we saw a little boy floating on his back.”

De Mar: “Was the woman doing anything to try and help save this boy?”

King: ” No, nothing, zero. It was the most bizarre thing I’ve ever experienced in my life.”

King said the picture below shows the aunt standing by idly – watching as her nephew is pulled from the water.