Will Zalatoris gives touching message to Matt Fitzpatricks father on... 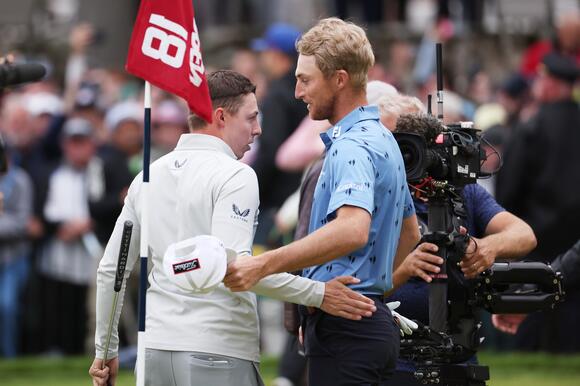 Will Zalatoris congratulated Matt Fitzpatrick ’s father and paid tribute to his son after coming agonisingly close to victory at the US Open.

Fitzpatrick made a par on the 18th green at Brookline and then watched as Zalatoris missed his birdie putt which would have forced a play-off. It was the Englishman’s first major title, won at the same Massachusetts course where he won the US Amateur title in 2013.

Zalatoris was immediately commiserated by Fitzpatrick’s family including his brother Alex, who like Zalatoris played golf at Wake Forest University in North Carolina, and his father Russell, who embraced the 25-year-old American and congratulated him on another impressive major performance – Zalatoris has now finished runner-up at the US Open, PGA Championship and the Masters but his first major title remains elusive.

According to Golf Digest , Zalatoris replied: “If I had to lose to anyone, I’m happy it was your son.”

For Fitzpatrick it was the reward for a period of impressive improvement in which he gained significant distance with his driver and mastered a new chipping cross-hand grip.

“The feeling’s out of this world,” Fitzpatrick told reporters of his victory. “It is so cliche, but it’s stuff you dream of as a kid. To achieve it, I can retire a happy man tomorrow. I had the big monkey on my back of not winning over here, it’s all everybody talked about and to do it in a major, there’s nothing better.”

Fitzpatrick’s victory means he joins 18-time major winner Jack Nicklaus as the only players to have won the US Amateur and US Open on the same course. Nicklaus achieved the feat at Pebb…