‘What a great win for all of Tarrant County’ after... 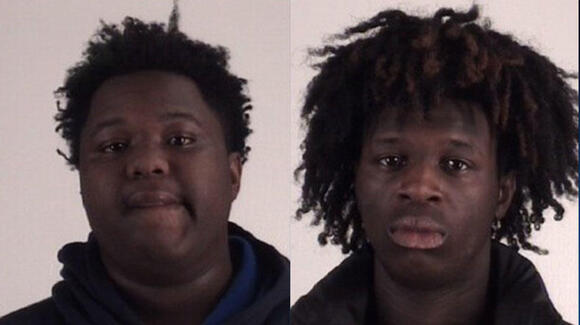 “What a great win for all of Tarrant County, where the community and law enforcement came together and put a stop to a credible threat,” Waybourn said.

During a news conference Monday afternoon, Waybourn identified two 18-year-old men who were arrested Friday night and remain in the county jail because their bail has not been set yet.

Brandon Gipson and Isaac Cooper each face three felony charges including unlawful carrying of a weapon in a prohibited place, a school, terroristic threat, and endangering a child because a 14-year-old boy was with them at the time of their arrest.

Waybourn said the boy was not involved.

He credited one of his deputies, Sgt. Christopher Salone, a 26-year veteran in Tarrant County law enforcement who received a tip from a credible source Friday afternoon.

Waybourn said Salone was off duty at the time, went to work and notified Everman police.

According to Waybourn, Salone arrested the men just 43 minutes after receiving the tip.

Authorities seized an AR style pistol, which one of the men told investigators they purchased on the street hours earlier.

Waybourn said it is an illegal purchase because a person buying that type of pistol must be 21 or older.

Deputies also seized a 60-round magazine with rounds described as green-tipped, full-metal-jacket, and can nearly pierce armor.

The ATF is assisting in the investigation.

It took place during the homecoming game between Everman and Joshua ISD, and many people didn’t realize what was happening. Authorities said between 1,500 and 3,000 people attended the game.

Waybourn said Everman police officers and sheriff’s deputies stopped the men in their vehicle at the east gate of the stadium. Waybourn said there was no manifesto, but that the men were targeting certain individuals at the stadium.