We couldnt fail them: how Pakistans floods spurred fight at...

In early September, after unprecedented rainfall had left a third of Pakistan under water, its climate change minister set out the country’s stall for Cop27. “We are on the frontline and intend to keep loss and damage and adapting to climate catastrophes at the core of our arguments and negotiations. There will be no moving away from that,” Sherry Rehman said.

Pakistan brought that resolve to the negotiations in Sharm el-Sheikh and, as president of the G77 plus China negotiating bloc, succeeded in keeping developing countries united on loss and damage – despite efforts by some rich countries to divide them. Its chief negotiator, Nabeel Munir, a career diplomat, was backed by a team of savvy veteran negotiators who had witnessed the devastation and suffering from the floods, which caused $30bn (£25bn) of damage and economic losses. Every day, Munir repeated the same message: “Loss and damage is not charity, it’s about climate justice.”

It was the first time the G77, which includes a diverse range of countries with an array of climate, economic and security challenges, had shown such unity since 2009, when they rejected the Copenhagen accord at Cop15, according to Asad Rehman, of the UK charity War on Want. “Without the leadership of Pakistan, we wouldn’t have the outcome,” he said. “Their diplomats are experienced in maintaining G77 discipline and unity, and prevented attempts by the EU and others to turn the least developed countries group and the Alliance of Small Island States against the other countries and accept a narrow fund.”

Meena Raman, the director of Third World Network and an expert on the UN climate summits, agreed: “We saw attempts to split the G77, with overtures made by the rich countries to the vulnerable 20, in an effort to put pressure on countries like China and India to contribute to the fund. We have seen such divide-and-control efforts time and time again. But when the G77 remains strong, we get good outcomes; if they are divided, developing countries lose.” 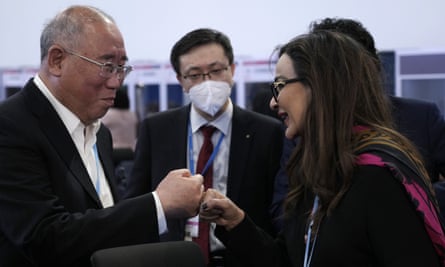 Despite the multitude of disappointments at Cop27, failing on loss and damage was not an option, according to Munir. “Our resolve came from seeing the victims of the catastrophic floods that we faced,” he said. “The thought that it might not happen came many times, but the whole country – and developing world – was watching us and we couldn’t fail them.”

But Pakistani officials cannot take all the credit. Zaheer Fakir, a South African negotiator, singled out the Egyptian diplomat Mohamed Nasr for getting loss and damage over the line. “He was doing the consultations with all the groups [parties] and fixing the cover [final] decision,” he said.

Fakir cautioned against premature celebrations. “It’s not really a victory yet. All that was decided has been the establishment of funding arrangements and the fund … [There are] no specific contributions or notion on size, which will need to be unpacked.”

Civil society pressure was critical in building and unifying momentum around loss and damage since Cop26 in Glasgow, as part of the growing campaign for climate justice.

Despite Egypt’s best efforts to silence dissent, small but powerful protests demanding climate justice took place almost every day inside the negotiating zone, and the world’s media broadcast activists and experts calling out the US, UK, EU and other world leaders. 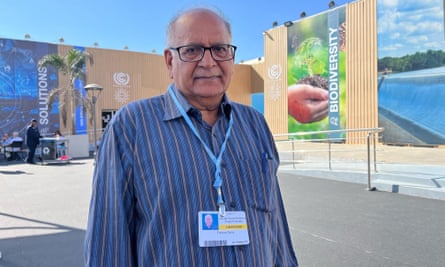 Footage of Farooq Tariq, 67, a landless peasant organiser from Pakistan, went viral in Pakistan and he was interviewed by major news outlets including the BBC, Time and the Guardian. “This victory was down to 30 years of our consistent efforts to demand loss and damage, but also Pakistan was in focus,” he said. “The world saw the real destruction, damages and losses in Pakistan; the suffering of over 33 million Pakistanis forced the rich nations to agree on this historic decision. The Pakistan delegation played a major role, with people like us behind them with critical support.”

Grassroots leaders and advocates from the US and EU also played an important role, put pressure on political leaders on loss and damage, which made it difficult for them to walk away. “When the US was close to stepping away, American civil society groups pushed hard, lobbying congressional leaders. It made it hard to back away without being cast as the villains,” said Rehman.

The planet’s most important stories. Get all the week’s environment news – the good, the bad and the essential