Walker EP: Finale Cliffhanger Sets Up [Spoiler]’s Past to Come... 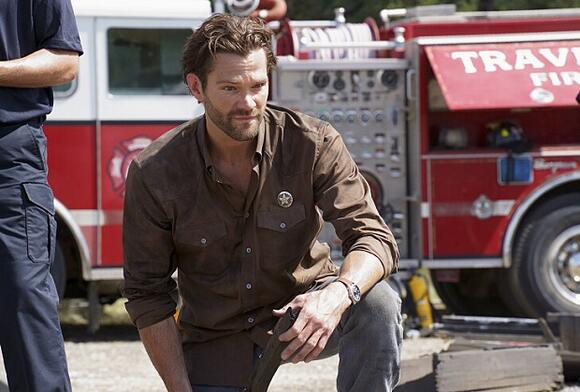 Warning: The following contains spoilers for Thursday’s Walker finale . Proceed at your own risk!

Those darn Davidsons finally got what was coming to them during Walker ‘s Season 2 finale.

To get Gale to confess to killing Marv — she had snapped after he told her about Geri and hit him in the head with the lantern, starting the fire — Geri and Cordell first had to stage a fake fight for Gale’s benefit, during which they said some hurtful things to each other. Then mother and daughter found themselves in a burning barn post-confession, but Cordell showed up in time to rescue a trapped and unconscious Gale. After that, Gale promised to confess everything to the authorities and apologized to Abeline, and the Walkers got their ranch back. (Denise also admitted to cutting Cordell’s saddle.)

Elsewhere in the episode: Geri told Cordell that it was still too soon for them to be together and that they skipped too many steps; Captain James offered Trey a position as a Texas Ranger; Liam decided to work on the ranch; and Stella was on the cusp of graduating. But just as the family was getting ready for the big day, a mysterious van (possibly connected to the paramilitary group trying to silence Miles?) nabbed Cordell while he was running and tied him up. “Where’s dad?” Stella wondered.

To get answers to that burning question and much more, TVLine spoke to showrunner Anna Fricke about what’s ahead in Season 3 and the Supernatural alum she wants on the show.

TVLINE | What can you say about the danger that Cordell has found himself in and who’s behind it?
This is something that we’re obviously exploring in Season 3, and our writers’ room is up and running, so we are right in the thick of discussing all of that. I will say that Cordell has gotten too close to something in his investigation, and it’s possible that something unexpected from his past comes back to haunt him.

TVLINE | How are his loved ones going to be handling what’s going on with him? I know it’s not the first time he’s found himself in danger, but this seems pretty scary.
Yeah, exactly. This is sort of how we met Cordell and his family in Season 1, [with] Walker missing and him dealing with the homecoming in the first season of the show, but everyone around him has grown up a lot and might have a different reaction to his absence right now. So we’ll be seeing the characters reacting differently and perhaps growing up in ways that they didn’t expect.

TVLINE | Cassie said that she’ll go down fighting, but it’s Cordell who finds himself in danger because of this new threat. Is she going to feel a sense of guilt over that?
We met her as a Ranger who was very actively searching for her missing partner, Miles, and she’s someone who’s very dedicated and very passionate about what she does, and she’s a very true blue partner. So the fact that this is happening on her watch, for better or worse, is only going to instill more of a fight in her. We’re going to see a lot more bigger stories with Cassie in Season 3.

TVLINE | You’ve now resolved some big mysteries and issues with the Davidsons. So will that family still be around next season?
Yes. There’s actually some stuff that we had to trim with them from the finale that we didn’t get to put in there. Stella and Colton are still going strong, and so I’m interested in still exploring that romance. The ranch is still next door. It’s possible that the land might still be up for grabs. Not the dispute, but just that they might still be around. The Davidsons, we didn’t kill any of them. [ Laughs ] There’s still some more story to be played out, especially with Colton and Dan Miller. 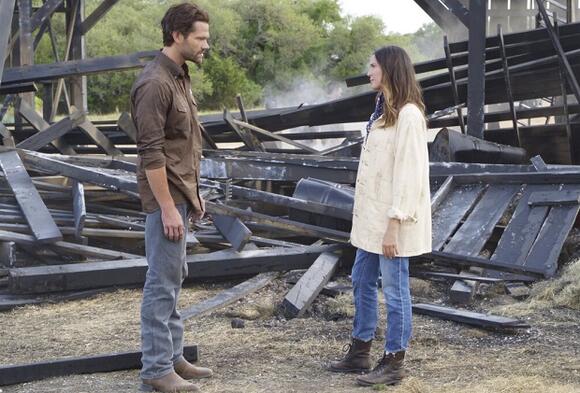 TVLINE | I want to talk about my favorite maybe reluctant Davidson, Geri. What can we expect for her next season and, in particular, her relationship with Walker? Will the timing ever be right for those two?
On our show, we have a saying that we’re always sort of seeking maximum heartbreak, and that’s when we know we’re on the right path. I love them and of course want to continue to thwart them as much as possible. [ Laughs ] But for Geri [next] season, romance aside, given all the revelations she had last season just about her own origins and what happened to her as a child and what happened between her biological parents, and just taking on that history and that knowledge has really affected her. And so we’ll see a lot more, in Season 3, of Geri deciding more who it is she really wants to be on her own, separate from any bloodline. Just sort of what she wants as a person. We’ll see her being very proactive in Season 3.

TVLINE | Do either Geri or Walker feel that the things they yelled at each other during that fake fight held some sliver of truth?
Oh yeah, absolutely. In the script pages, when we wrote that dialogue, we have action lines where the actors are exchanging looks like, “That came out a little too easily.” There’s a great moment when Geri looks back at Walker as they’re driving away, like it’s a look of concern. It’s the quickest flash that comes over her face, like, “Are we OK? ‘Cause that went a little deep.” It did feel real, and I think that that will resurface again between them, because it’s not like [the characters are] professional actors. So for that fight to be as heated as it was, I think that they both meant at least some portion of it. So they do have more to work out. It’s like they say to each other: They went too fast, they skipped too many steps, because they thought they could, because they have so much history together. But really, there’s more between them. They just went faster than they probably have the right to. 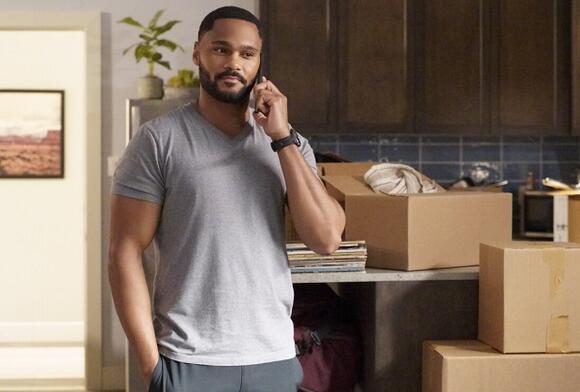 TVLINE | I actually thought Trey might consider joining that rescue squad that you introduced a few episodes ago, but now he’s been offered this position as a Texas Ranger. Why did you decide to go that route? Was that sort of like a bait-and-switch?
We wanted to introduce the Austin rescue because it’s awesome. We definitely want to explore that world more. We thought in Episode 18, it would be particularly fun, given Trey’s military experience, for him to showcase those skills. But also, we were excited about the idea of taking him further into the Texas Rangers and just wanting to showcase that side of him, sort of like get him out, running, jumping, all of that.

TVLINE | Trey’s way into the show when it premiered was through Micki, but then Lindsey Morgan left the series. So how much of a learning curve has it been finding how his character fits into the show without Micki?
It was a hugely important to us, both for the character and for the actor, that he feel secure in knowing that he exists on his own. So that’s why we really wanted to bring him into storylines where he wasn’t dependent on how he came in. That is definitely how he came in, but even before Micki left, we really loved having him interact more with the Walker family so that he could become a part of that household. Because they really do bring people into that family, especially Abeline is always welcoming in strays, and we really wanted to Trey to connect with the Walkers on that level. I hope that we quickly made it apparent that he was here on his own right. There wasn’t so much a learning curve as we just wanted to really make it clear. There was a learning curve in [figuring out] how can we best showcase him and what profession can he be in, basically, where he’ll be interacting with the most people and we can really have him hit his stride, and we feel like we’re getting there.

TVLINE | You’ve had a lot of Jared Padalecki’s old Supernatural pals behind the camera. Is there anybody that you would love to see on screen next season?
You know, it’s hard because we have Mark Sheppard on [the prequel spino…