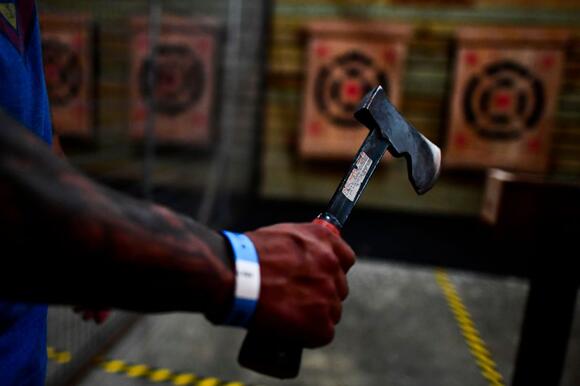 NEW YORK ( WPIX ) — A man started swinging around an ax in a McDonald’s after getting into a fight with three people early Friday, police say.

NYPD got a call around 2:25 a.m. about a fight in a McDonald’s on the Lower East Side.

Witnesses told police that Micahel Palacios, 31, had a physical fight with three unknown men. A video with over 22 million views on Twitter shows Palacios going into his backpack and removing an ax. Then, officials said he started swinging the axe, breaking tables, shattering glass, and threatening people at the McDonald’s.

Police found a knife in his backpack. He was arrested on the following charges:

The viral video shows over two minutes of back-and-forth, threats, and a…