Village of New Hyde Park to continue ‘pay to play’... 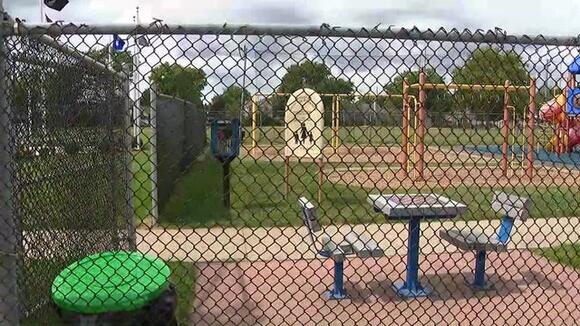 Some Long Islanders are irate over a new fee they have to pay to go to a park in New Hyde Park .

They made their views known at a meeting at Village Hall Thursday night.

To get into Memorial Park, residents must have a village ID and non-residents need to pay.

Kim Middlebrook lives across the street from Memorial Park but still would have to spend $10 per person to use its facilities.

She says it’s hard to tell her two children they can’t go because she can’t afford to pay every day.

“It’s like putting a carton of ice cream in front of a child and saying, ‘I’m sorry, you can’t eat it,'” Middlebrook says.

Village residents who live just down the street say there were a lot of problem created by people who don’t pay the same taxes that allow the park to exist.

“This rule was never enforced, and the park really deteriorated,” says Jay Jani. “There was a lot of illegal activity going on over there.”

He says the park also got very crowded, but he doesn’t want to shut out his neighbors on the other side of the fence completely.

“I do resonate with the people who live close to the park because their kids and my kids play together,” Jani says. “So, if their kids can’t play in the park – it breaks my heart.”