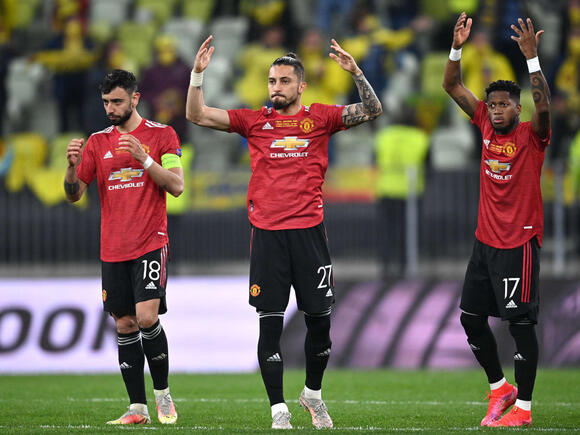 It is not clear whether Fernandes was genuinely annoyed at his teammates or if he was just joking.

A video has gone viral this week showing Bruno Fernandes telling Manchester United teammates Fred and Alex Telles to “stop being such ballers”.

Telles and fellow Brazil international Fred were talking to a film crew in the car park when Fernandes interrupted them by shouting from inside the building.

The swear-filled exchange began with Fernandes shouting: “Stop being such ballers. You are here to play football, not film it. Film my d**k!”

Telles then fired back at Fernandes: “Chill out you f****r!”

It is not clear whether Fernandes was genuinely annoyed at his teammates or if he was just joking.

But allegations of a lack of professionalism in Uni…