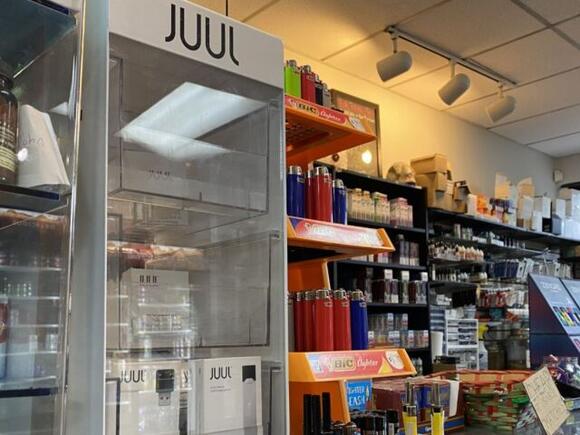 “I was actually hired, like, right when the Juul craze was like really big I remember lines literally out the door.”

The popular e-cigarette’s products are now banned in the United States.

The company originally said the product was a healthier alternative to smoking cigarettes for those already addicted; the FDA has accused JUUL Labs of marketing the product to young people.

“Somebody came in here and bought everything,” she said. “It was over $1,000 worth of product, and so it’s already gone off our shelves.”

Palmer isn’t shocked at the FDA’s decision, she said.

Soon you won’t be able to find Juul products on any store shelves, but this isn’t the end for e-cigarettes; the ban is just for the one popular brand.

“Juul was, like, a huge thing a few years ago,” said Palmer. “And since then, lots of other things have taken its place.”

Still, doctors like Dr. Sean Callahan, a University of Utah pulmonologist, see this as a huge win.

“They’ve been so aggressive about marketing to young people, whether they care to admit it or not,” he said. “They got slapped on the wrist by the FDA today.”

The long-term side effects of e-cigarettes are still unclear, Dr. Callahan can already see what it’s done to kids.

“If you’re a young person and you’re sick all the time, you’re not going to do well in school,” he said. “You can’t carry a …