Update: Fabrizio Romano Explains With Details Why Ronaldo Is Considering... 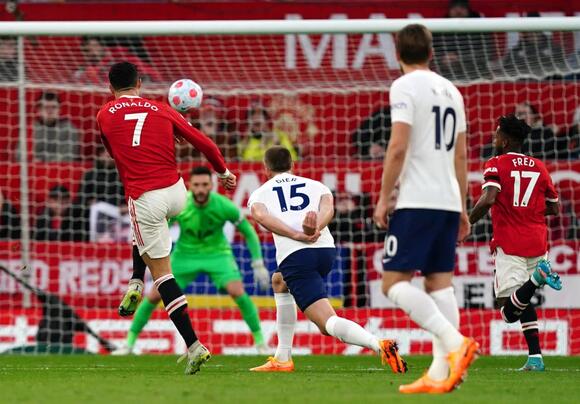 According to a recent report from Fabrizio Romano, the Journalist explains in detail the current situation with Cristiano Ronaldo wanting to leave Manchester United.

According to a recent report from Fabrizio Romano, the Journalist explains in detail the current situation with Cristiano Ronaldo wanting to leave Manchester United.

After checking with many sources close to the Portuguese and his agent Jorge Mendes and ultimately people close to the family of the number 7.

It is a fact. Cristiano Ronaldo wants to leave Manchester United and his agent has been clear to the Red Devils.

The intention is to try to find a solution this summer, even if they don’t find one. What this actually means is that the Striker legend wants Manchester United to be open to negotiating if any offers arrive for his transfer.

This is the bold message the five-time European champion wants to give Manchester United, it is not an official transfer but rather a warning from the former Real Madrid striker.

The Portugal International sends out this message because he is not happy with the current situation in the club, and here are the reasons for his unhappiness.

The main one, Ronaldo is disappointed by Manchester United’s general situation in the summer transfer market.

Even though, Cristiano appreciates Erik Ten Hag and is convinced that the Dutchman is a great manager and the right signing to start the new project.

The 37-year-old understands that it can’t be only the manager, it needs to be the club, the board and the owners an imposing strong step into the transfer market.

The club needs to sign players, the month of July has already started and there is none but a young Tyrell Malacia as the only new addition to the squad.

This is very disappointing for the number 7. Everyone knows how ambitious the Portuguese is in football, this is why he is not happy.

The Striker had really high expectations, especially having to watch how the other big English clubs have already sealed great new signings.

However, even after Jorge Mendes offering Cristiano Ronaldo’s services to several European elite sides, no one showed interest in the striker as of today.