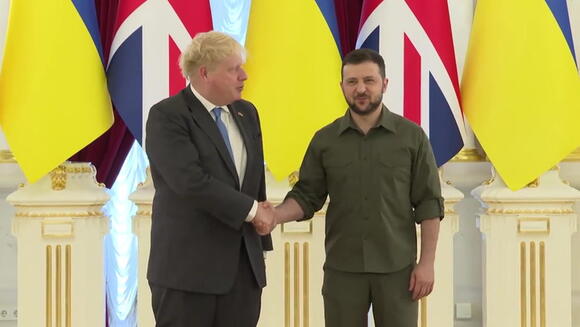 President Zelensky has said that he expects Russia to intensify its attacks on his country while it awaits a European Union decision this week on granting Ukraine the status of a candidate country.

“Obviously, this week we should expect from Russia an intensification of its hostile activities, as an example,” Mr Zelensky said in his nightly video address.

“And not only against Ukraine, but also against other European countries. We are preparing. We are ready.”

Mr Zelensky’s message comes after the news that whole Russian units are still refusing orders and engaging in “armed stand-offs” with officers.

The British defence ministry said both Russia and Ukraine were “committed to intense combat” in the eastern Donbas region and were likely experiencing “variable morale”.