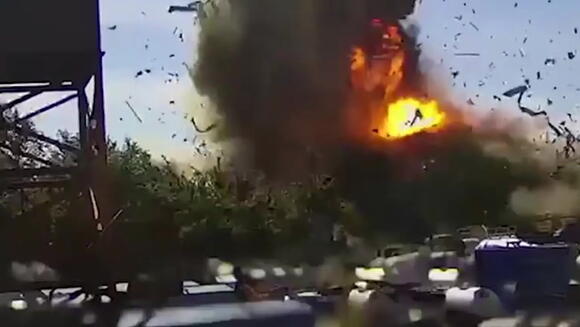 Dozens of “body fragments” have been found in the wreckage of a bombed shopping centre in Kremenchuk , according to Ukraine ’s state emergency service.

In a Facebook post, they said: “As a result of shelling, 21 people died and 66 people were injured, of which 26 people were hospitalised.

“A total of 29 body fragments have been discovered since the beginning of the work.”

The shopping mall was struck by a missile on Monday 27 June. Russian president Vladimir Putin has claimed that troops intended to hit a weapons depot nearby, denying that the mall was a target.

Meanwhile, war crime investigators in Ukraine are sifting through the wreckage of a nine-storey apartment block near Odesa destroyed by a Russian strike reported to have killed 21 people.