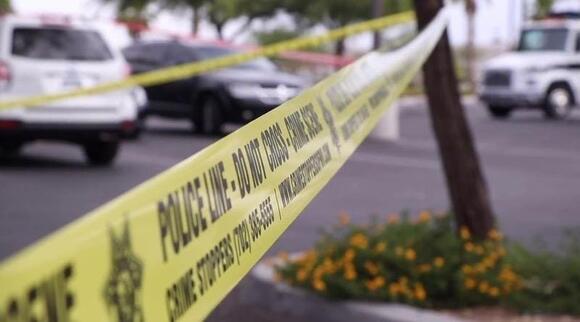 Las Vegas, NV (KXNT) – A shooting at a house in the northwest valley ended with two people dead and a third wounded Monday night.

Las Vegas Metro Police first got the call just after 4pm about the shooting at a home near Azure and U.S. 95. When they arrived they found a man fatally wounded outside of the house. Once they made entry inside the residence, then found a second man also dead from gunshot wounds.

A third person later went to Centennial Hills Hospital with wounds that were considered non-life-threatening.