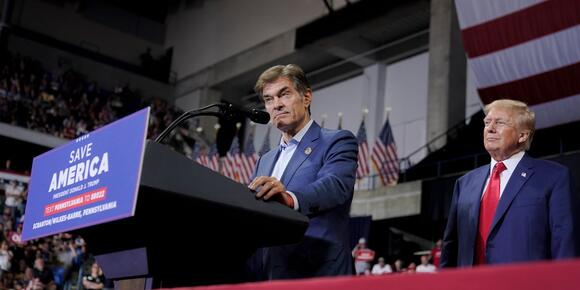 Donald Trump cost Republicans the House in 2018, the Senate in 2020 and is poised now to help Democrats hang on to both chambers in 2022.

While the former president successfully made a willingness to spread his lies about a “stolen” election a litmus test for getting through the GOP primaries, that precise quality in many cases is a detriment in the November general election — an election Republicans had assumed for months would give them control of at least the House and possibly also the Senate.

Instead, exactly seven weeks before election night, even recapturing the House is no longer a certainty, thanks to those weak general election candidates, Trump’s insistence on putting himself in the spotlight, and a fundraising operation that has locked away more than $100 million in small-dollar GOP donations into what is effectively his personal slush fund and will not be used in campaigns this fall.

For the past year, Republicans believed that the historical tendency of an out-of-power party to gain seats in a midterm election combined with Democratic President Joe Biden’s low approval ratings and a high inflation rate would deliver them scores of seats in the House and as many as a half dozen in the Senate.

But that was before gasoline prices began falling and a Supreme Court decision overturning abortion rights quickly moderated those electoral winds favoring Republicans. Trump, meanwhile, continued to make himself the public face of the party even as an FBI search of his Florida social club for top secret government documents added to the criminal investigations into his Jan. 6, 2021, coup attempt. 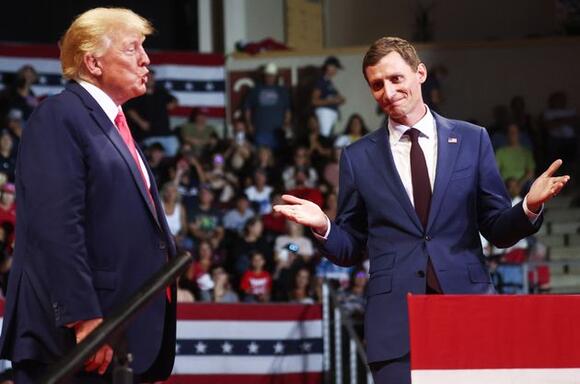 Larry Sabato, director of the University of Virginia’s Center for Politics, said Trump’s remaking of the party in his own image through his endorsements and public profile will wind up being just as important as the Supreme Court’s Dobbs ruling come November, particularly in the Senate.

“Odds are, even if the GOP gets the single net seat it needs to take control, Republicans would have done at least two to three seats better with the establishment candidates,” he said.

Padding The ‘Wins’ By Endorsing Incumbents

Trump, despite his record since 2018 as a loser, has nevertheless continued his domineering of the GOP. His endorsement of Mehmet Oz almost certainly resulted in Oz’s victory over establishment favorite David McCormick, who ruled out his chance for an endorsement by refusing to agree to spread Trump’s lies that the election had been “stolen” from him.

Trump’s choice of J.D. Vance in Ohio clearly gave him the primary win there, while Trump essentially recruited former football star Herschel Walker to run for the Senate in Georgia.

All three now face tougher races in November than establishment-backed opponents likely would have, as do his choices for governor in Pennsylvania, Maryland, Massachusetts and Arizona.

Odds are … Republicans would have done at least two to three seats better with the establishment candidates. Larry Sabato, director of the University of Virginia’s Center for Politics

Trump, regardless, continues to brag about his power in the party as measured through the “wins” by his endorsed candidates. In an Aug. 4 statement, just prior to the Connecticut Senate primary, Trump lashed out at Republican leaders who had endorsed Themis Klarides over his pick, Leora Levy.

“Her opponent, Themis Klarides, has been endorsed by 3 of the Worst RINOs in the Country, Larry Hogan, whose candidate the other night lost big, Charlie Baker, who couldn’t come close to getting the Republican Nomination in Massachusetts (thank you, President Trump!), and quit, and, of course, ‘Sloppy’ Chris Christie, who left with the lowest approval rating of any Governor in the history of the State of New Jersey, and whose recent book set a record for the least sales ever per television interview,” he wrote. (Trump, who frequently supported Democratic politicians prior to his 2016 presidential run, was using the acronym for “Republican in name only,” a new favorite insult of his.)

But while Trump continues to boast of an endorsement “win-loss” record of over 90% in Republican primaries, he fails to point out that the vast majority of his “wins” are by incumbents seeking another term, often without any opposition whatsoever.

In all, 70% of his 220 endorsement “wins” come from incumbents, many of whom Trump endorsed in the closing days before their primaries.

Even in open seat races or in races where multiple Republicans were seeking the nomination to face an incumbent Democrat, Trump at times simply went with the candidate who was leading in the polls — apparently to be able to take credit for the win afterward.

In Nevada, for example, Trump endorsed Clark County Sheriff Joe Lombardo just a few weeks before the June primary. Another candidate, lawyer Joey Gilbert, was enthusiastically spreading Trump’s lies about the election, but Lombardo was a clear favorite in the crowded field.

A more accurate measure of Trump’s power may be his record in his “revenge” endorsements — those he made to defeat candidates who voted to impeach him following his Jan. 6 coup attempt or who refused to help him lay the groundwork for that day.

In those races, Trump has only six victories against 10 losses, including a clean sweep by incumbent Republican statewide officials in Georgia, from Gov. Brian Kemp to Attorney General Chris Carr.

Saddled With The Trump Ticket

Far more important to Republicans as a party are the candidates Trump has saddled them with heading into November.

Senate GOP leaders were hoping to entice term-limited Arizona Gov. Doug Ducey to run for Senate, but he chose not after Trump’s repeated attacks on him for not overturning Trump’s election loss in that state. Republicans are now stuck with Blake Masters, who spread Trump’s election lies during the primary campaign in addition to adopting other far-right positions.

In New Hampshire, Republicans were hoping to persuade Gov. Chris Sununu to run against Democratic incumbent Sen. Maggie Hassan. Sununu, who has incurred Trump’s anger , declined and is running for reelection.

And in Georgia, Trump persuaded Herschel Walker, a friend since USFL days three decades ago, to declare his candidacy early on, which drove away other potential candidates and could now result in Democratic Sen. Rafael Warnock holding on to his seat …