The final numbers, released Saturday at the conference in Dallas, showed Trump out in front with 69% support.

Florida Gov. Ron DeSantis came in a distant second with 24%, while Sen. Ted Cruz (R-Texas) followed in third with 2% — a dozen other candidates including former Secretary of State Mike Pompeo, Virginia Gov. Glenn Youngkin and Florida Sen. Rick Scott all received 1% or less. 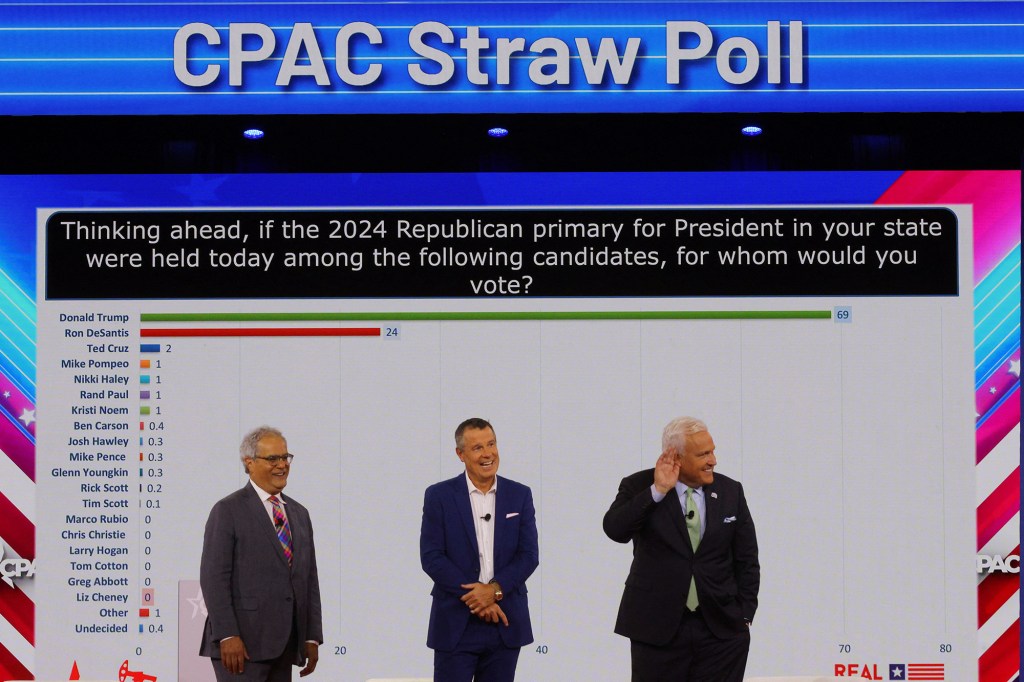 The results of the straw poll show Trump is CPAC attendees’ choice for 2024. 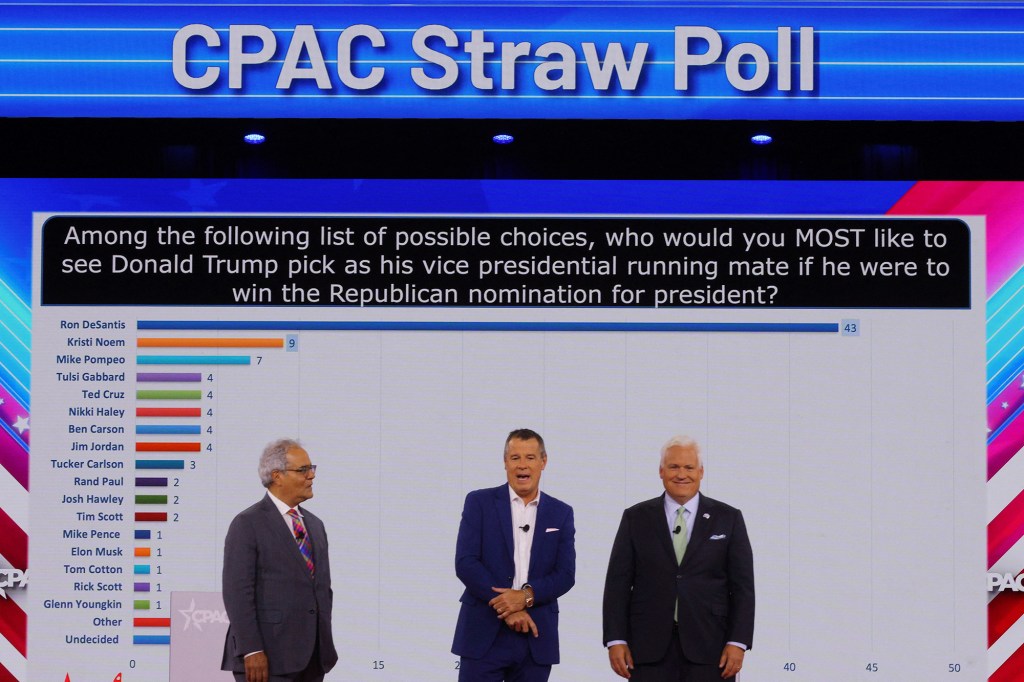 The results of the CPAC straw poll on Trump’s running mate. 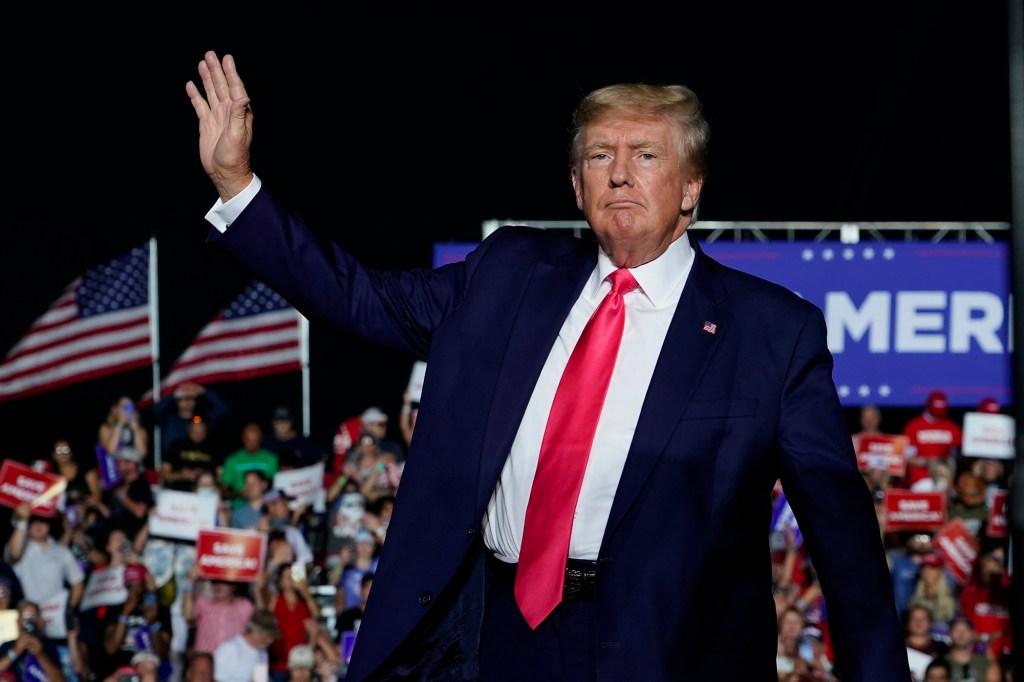 Nearly all of the attendees approved of Trump’s job as president. 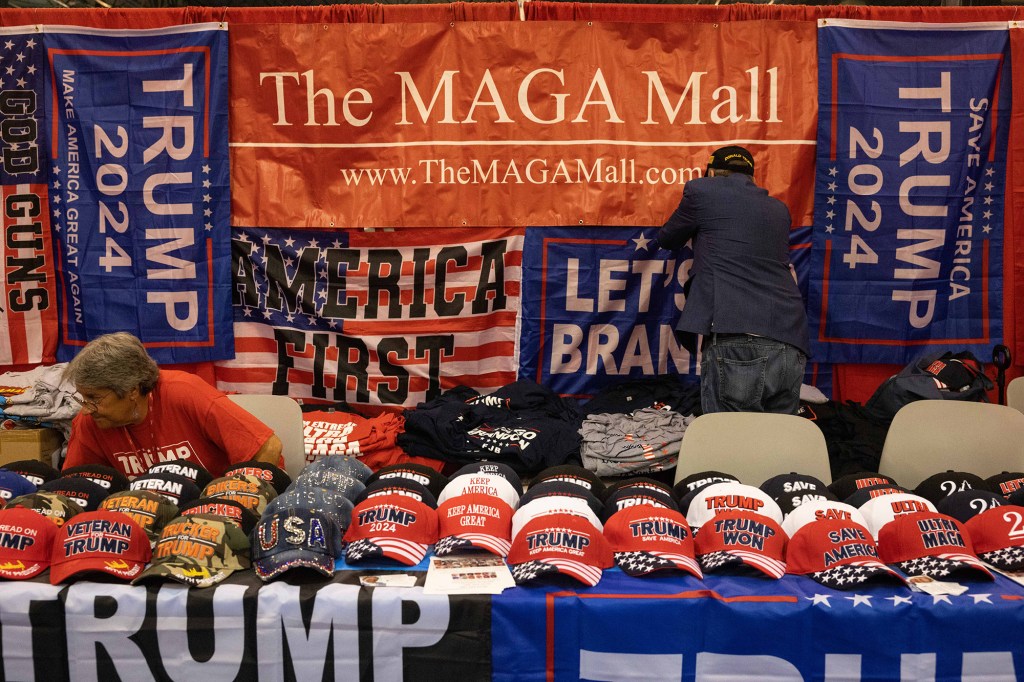 A whopping 99% of conference attendees said they approved of Trump’s job as president.

DeSantis — who did not attend the conservative confab in Dallas — was the odds-on favorite among CPAC attendees should Trump decline to seek the nomination, with a large plurality of attendees also saying he would be the best choice to serve as a potential vice president for Trump. 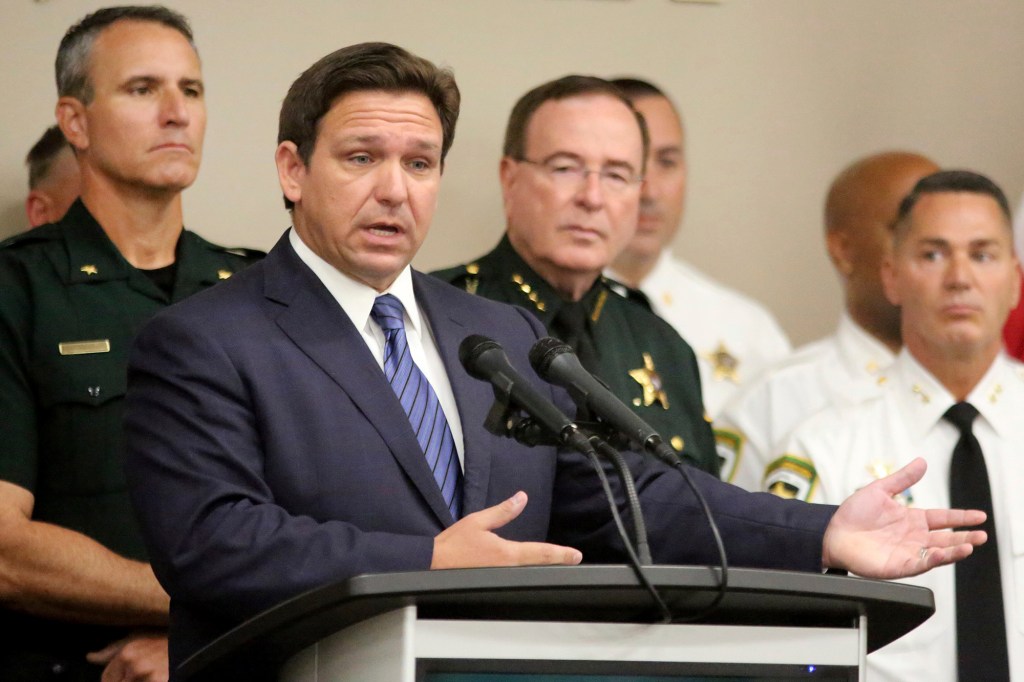