Trump claims that people he knows are being threatened to... 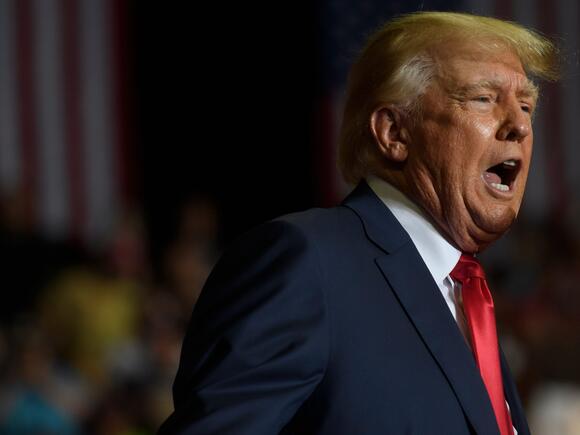 Former President Donald Trump claimed without evidence that the government is threatening people with prison sentences to force them to denounce him.

“They go in to people that know me, and they threaten them with jail time,” Trump said while speaking at a rally in Youngstown, Ohio, on Saturday, billed as a Save America rally.

Trump claimed that these unnamed people are not succumbing to the threats because they are “legitimate” people.

The former president did not clarify who he was speaking about and whether these people are now, in fact, in prison.

During his speech, Trump hit several of his usual talking points, including complaining about the FBI raid of his Mar-a-Lago property and other investigations he has faced in the last six years.

Along with a Department of Justice investigation into his handling of federal records, culminating in the raid, Trump and his businesses are currently involved in at least a dozen significant investigations and lawsuits.

He also complained about the “political repression” of his supporters, likely a reference to those arrested for involvement in the Capitol riot, and claimed he has been “persecuted like no other president, probably like no one in American history.”

In his speech, he also went on to repeat baseless allegations that his campaign was spied on and said that he believed the repercussions would be much wor…