This July Fourth, We the People should reconnect with the...

“We the People” — we Americans — need to reconnect with the secret of our success. We are fixated on regress.

No, 1619 is not our origin story. Slavery is an old-world inheritance — a top-of-list sin, to be sure, but not a unique one.

Our treatment of American Indians was not our finest hour either. It started before 1619 and continued after the abolition of slavery in 1865.

An Italian wise guy, Machiavelli, said that the origins of all nations involve some amount of “force and fraud.”

What should still have the capacity to surprise (and inspire) an educated person is how the old world changed course and became the new world.

The press release of this new order of the ages was our Declaration of Independence: July 4, 1776. It took another decade-plus to produce its IPO — the Constitution of the United States, which offered to the American people and the watching world “a republic, if you can keep it,” in Ben Franklin’s words, an “experiment” in self-government.

What’s the track record of our experiment in self-government? If you look at the measure of human prosperity, you see a marked departure — upward — in human history around the time of our initial public offering. Look at human economic history: Prior to the 1760s, prosperity is a flat, zero-sum game. Then it bends up, like a hockey stick.

What’s the recipe — the secret sauce — of our modern success? It’s not a hard formula to wrap one’s head around, which might explain its ability to scale so quickly. Nothing is as practical as a good theory, and here is the modern world’s: “All men are created equal.” With these five words, a new order of the ages was born, and mankind was lifted up from subject to citizen. 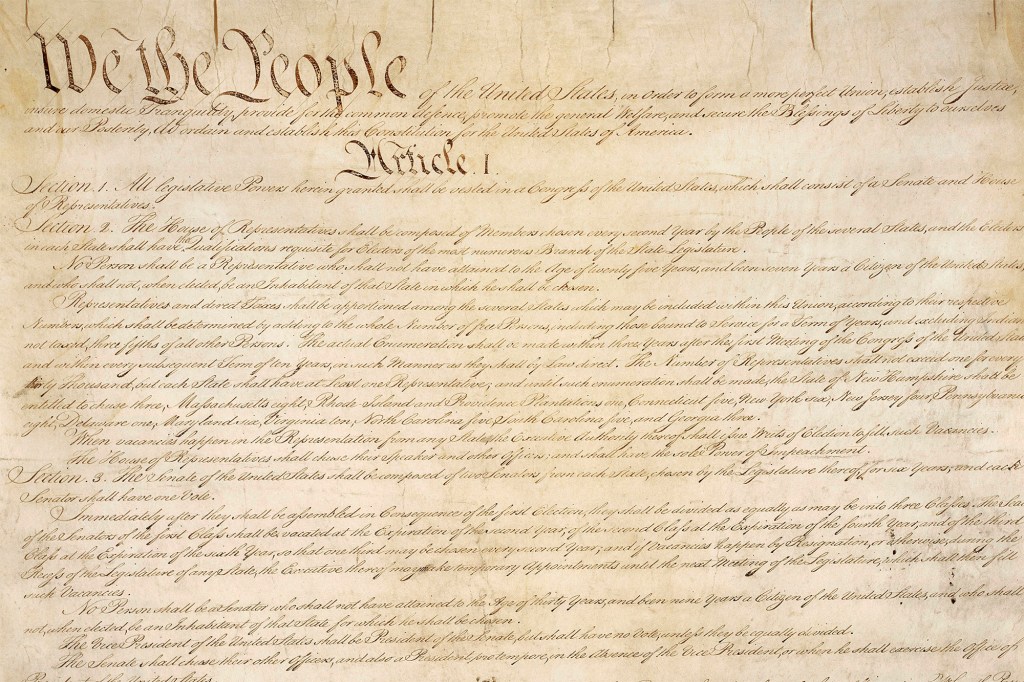 The Constitution created an “experiment” in self-governance.

When conducting an experiment, it’s best to know the nature of the material you’re working with. Here is what “created equal” means: Homo sapiens is born for self-government, politically and personally. Equality extends the franchise of political liberty and its free pursuits to the human family.

Our Declaration’s equality principle overturns the premodern exchange table that valued and ran on human inequality. The American Declaration of Independence called out the old world as obsolete and changed the course of human history. That’s something to be proud of.

But it’s only part of the recipe. America’s standout success came by constitutionalizing our pursuit of equality. The French and American Revolutions were both based on equality. But whereas prosperity and political liberty were the fruits of the American experiment, France’s contribution was the guillotine and a pathway for a democratic Caesar. So what did we do right and our similarly inspired fellow revolutionaries do wrong? We constitutionalized our pursuit of equality — they didn’t.

Lincoln captured the composition of American exceptionalism: The Declaration, he said, was the Apple of Gold, and the Constitution was the Frame of Silver.

It’s the civic duty of every generation to understand, support and fortify this heritage of ours. Unfortunately, we’re doing the exact opposite right now.

The equality I’ve described is no longer a universally shared civic value. Our ideas of equality have eroded far from the original. Equality has devolved into little more than a justification for redistribution in favor of the historically aggrieved and marginalized. Our contemporary understanding of equality …