The Rockets And 76ers Are Reportedly Working On A Trade

by postolink.com 1 month ago1 month ago
175views
65
16 shares, 65 points
FASTBREAK ON FANNATION 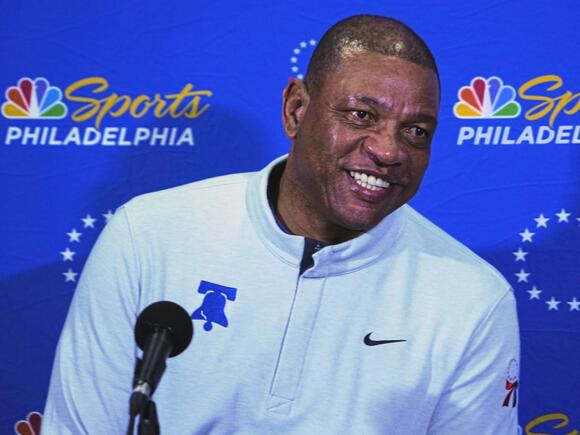 According to Michael K-B of CBS Sports, the Philadelphia 76ers and Houston Rockets are discussing a trade for Eric Gordon. The Rockets missed the postseason, while the 76ers lost in the second-round to the Miami Heat.

According to Michael K-B of CBS Sports, the Philadelphia 76ers and Houston Rockets are discussing a trade for Eric Gordon.

Michael K-B: “Trade talks between the 76ers and Rockets revolving around Eric Gordon are still active, per a league source. Matisse Thybulle has been mentioned in the talks, but a third team might be needed to facilitate a deal.”

Gordon would be a great pickup for the 76ers, because of his elite shooting from the three-point range.

Surrounding an All-Star big-man like Joel Embiid with shooters is always smart, because they can kick out of the paint for an open deep shot.

Gordon is 33-years-old, and he shot over 41% from the three-point range last season.

He has spent time with the Los Angeles Clippers, New Orleans Pelicans in addition to the Rockets.

While he has never quite broken out into being a star, he carved out a nice role for himself as a role player and has had a very solid career.