The Railway Benefit Fund&rsquor;s Heart of Gold Awards has seen an amazing number of both inspired and touching stories put forward for 2022. The winners are as follows:

The Rail Hero Award was won by Neil Lathom of Freightliner.

Neil is said to be a friend to all, fantastic in his position as supervisor and a wonderfully positive influence on the team at Freightliners Southampton Maritime terminal. Neil has been a keen supporter of a number of charities and has raised tens of thousands of pounds by taking part in half marathons, 100km bike rides and even a boxing match!

Neil recently discovered that he has Non-Hodgkins Lymphoma after finding lumps and when his  GP suggested it was cancer had an awful time getting to grips with what was happening and being afraid he wouldn&rsquor;t make Christmas. After finding that he had over an 80% chance of a full recovery, Neil has been totally positive and motivated and is also trying to support others who are going through the same ordeal. 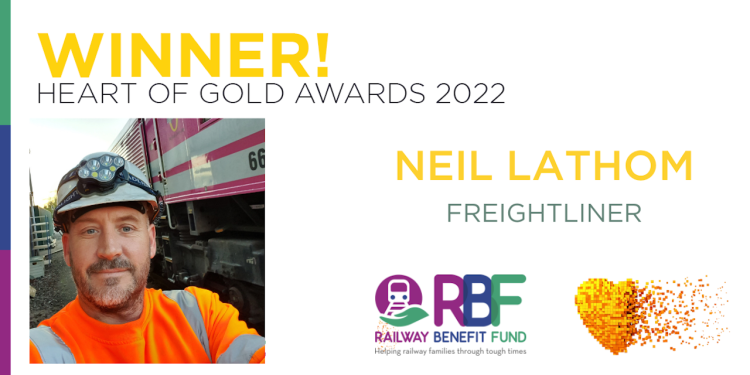 The Rising Star Award which is sponsored by Furrer and Frey was won by Amy Patrick from Alstom.

Amy joined the team at Alstom in 2016 and in only 5 years has seen a number of promotions and is currently a very respected Bid Manager. Amy is a single parent of a child with Special Educational Needs (SEN) and has also learned a great deal about the legislation in relation to the SEND system as well as achieving IPSEA qualifications.

Amy&rsquor;s efforts to support other parents of children with SEND at Alstom and outside of work are tireless. Over the past 2 years, Amy has helped approximately 35 families during her free time in order to get them the support they need in regard to their children&rsquor;s cases. Of the 35 cases that Amy supported, 31 were won ahead of attending a tribunal. In order to give further moral support during tribunal cases, Amy keeps in contact with the parents and has also been able to signpost parents to free legal support or legal aid where possible. 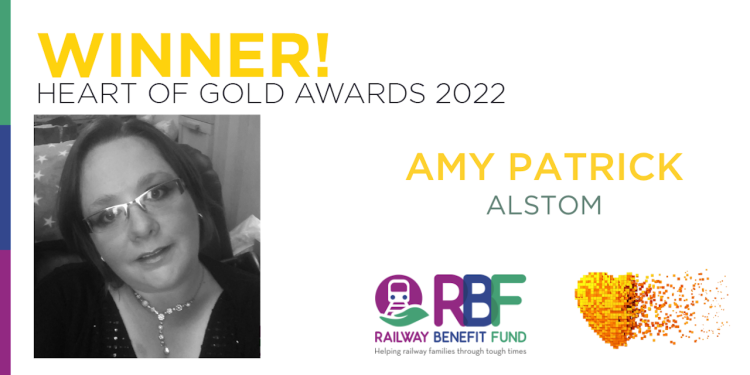 The Lifetime Achievement Award which is sponsored by Railpen was won by Paul Corrie from Northern.

Paul has worked in the rail industry for 49 years, first applying for a job at Neville Hill Depot in 1973. Neil is still there to this day but now as QA Manager and Shift Lead. Paul feels that working in the depot is part of his DNA and he takes real pride in his work and is regarded as a font of all knowledge and is often a mentor to others supporting in their career. 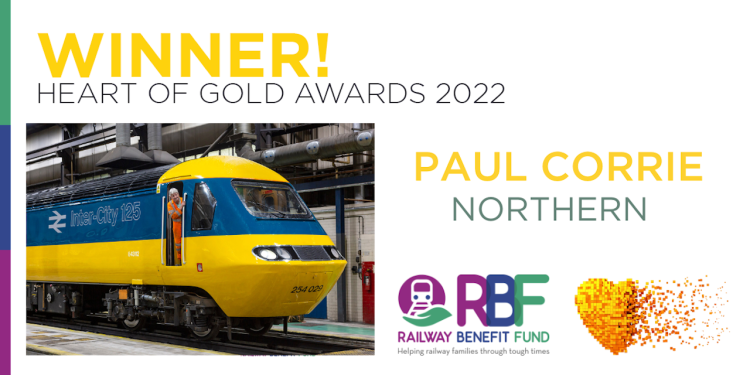 The Team Award is sponsored by Amaro and was won by the Johnstone Station Team.

The Johnstone Station team are at the core of their community and on entering the booking office an array of charitable donations for a number of causes are displayed as well as thank you letters from both customers and the local community for their ongoing work in creating a warm and very welcoming atmosphere.