The Music of Elvis: A Complete Guide to Who Sings... 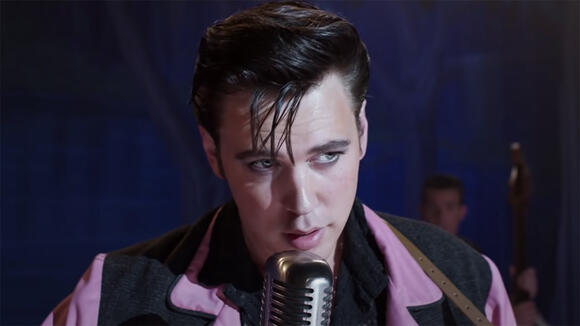 Baz Luhrmann ’s “ Elvis ” is far from being just about Elvis, when it comes to the music in the film and on a forthcoming soundtrack album. Besides the vintage Presley cuts included, the movie is providing the opportunity for the most high-profile multi-artist soundtrack in years. The lineup of participating artists was announced in May — without any song titles attached — and a handful of singles has been released, by Eminem , Måneskin and Doja Cat . But not until the film began screening more widely, in advance of its June 17 wide release, did it become fully apparent who was singing what and just how some of the more unusual choices would fit into the biopic.

Here’s a guide to the most notable newly recorded tracks and how they’re used in the film — followed by a guide to which songs are Elvis originals and which are sung by Austin Butler or, sometimes, both. (Remember, there are “only” 36 songs on the soundtrack album, so not every one of these will be included on the companion record.)

Stevie Nicks: “Cotton Candy Land”
This may be the most off-the-wall pick in the whole film. Little recognizable even to most Elvis fans, the song was recorded by Presley with the Mello Menin 1962 for the soundtrack to the film “It Happened at the World’s Fair” and was never released as a single. Nicks’ cover appears early in the film (as does the original version) but isn’t prominently placed, or is just easy to miss amid the early kaleidoscope of imagery, so we’ll have to wait for the soundtrack to gage what the Fleetwood Mac legend is really doing with it. (Ruth Batchelor and Bob Roberts wrote the song.)

Chris Isaak: “A Fool Such as I”
County legend Hank Snow is a character who figures early in the film, not entirely flatteringly, as a sort of reluctant mentor to the pre-fame Elvis. It’s mentioned that Presley wants to cover some of his hits. The Snow tune reached No. 4 on the country chart in 1953, and so would have been part of his repertoire as he toured with Elvis, who did not get around to covering the number until well after he was a superstar, in 1958. Isaak presumably did the vocals for actor David Wenham, who plays Snow as a somewhat prudish character who is upset by Presley’s gyrations. (William Trader wrote the song.)

Swae Lee and Diplo: “Tupelo Shuffle”
Here’s where the interpolations begin, as Swae Lee and Diplo are credited as co-writers alongside Arthur “Big Boy” Crudup, the writer of “That’s All Right,” Presley’s first single in 1954. The interpolated song didn’t have much chart impact at the time, but it changed the world. If you’re wondering if Luhrmann is going to place a hip-song in the movie, as opposed to waiting for the end credits, the answer is yes — that’s the sound of rapping that you hear as Presley goes to hear Crudup, who’s played by Gary Clark Jr., in Memphis.

Gary Clark Jr.: “Black Snake Moan,” “That’s All Right”
The contemporary blues great, playing Crudup, as mentioned, is heard singing a couple of numbers, including the one that Presley covered and made his own.

Kodi Smit-McPhee: “How Do You Think I Feel?”
Smit-McPhee plays country singer Jimmie Rodgers Snow, the son of Hank Snow, who is seen as wanting to imitate Elvis’ more flamboyant style, unlike his distressed father. The Rodgers Snow version came out in ’54 (after Red Sovine had previosly ct it), and Elvis would go on to cover it in 1956. (Webb Pierce and Wayne Walker wrote the song.)

Shonka Dukureh: “Hound Dog”
R&B singer Big Mama Thornton was the first to record Jerry Leiber and Mike Stoller’s “Hound Dog” — in fact, it was written for her — before Presley had his fourth No. 1 pop single with it in 1956, further cementing him as rock’s preeminent star. As Thornton, Dukureh is seen belting the classic out in a Memphis club scene.

Doja Cat: “Vegas”
The interpolations continue, as this partly original song envelops “Hound Dog,” earning Leiber and Stoller a co-writing credit. And we do hear (but not see) Doja Cat sounding very 2021 over a mid-’50s montage.

Rufus Thomas: “Tiger Man”
The late Memphis R&B great is among the few to land a vintage track on the soundtrack album amid the new material.

Denzel Curry: “Let It All Hang Out”
Another turn for a contemporary rapper to barge into the mid-century action, with a song Curry co-wrote with Jamieson Shaw, who has worked with Luhrmann on several films before.

Les Greene: “Tutti Frutti”
You may remember Greene as the lead singer of the Key West band Patrick and the Swayzees, who competed on “American Idol” in 2018. In a club scene where Presley is transfixed by another up-and-comer on the seminal rock scene, Little Richard is portrayed on screen by Alton Mason but the voice is Greene’s. Little Richard recorded the track for Speciality in 1955 and had a nationwide hit with it by early ’56. Presley covered it for his first full album, “Elvis Presley,” in ’56.

Yola: “Working On The Building” (with Austin Butler), “Strange Things Happening Everyday”
Yes, Elvis runs into a lot of the early Black heroes of rock ‘n’ roll in this movie. To play the gospel-rock pioneer Sister Rosetta Tharpe, the Americana/soul upstart star Yola learned to play electric guitar solos in the style of the instrumentally influential Tharpe, although you don’t see as much of Yola’s newly adopted guitar shredding in the film as you hear of her wailing. If you’re wondering if Tharpe really did play her rocking gospel music in nightclubs as well as more sanctified settings, the answer is yes.

Ann Nesby: “Heartbreak Hotel”
The former Sounds of Blackness lead singer gets one of Presley’s most iconic numbers on the soundtrack. (Mae Boren Axton and Tommy Durden co-wrote and Elvis had a very rare songwriting credit on this, too.)

Alton Mason: “Sometimes I Feel Like A Motherless Child”
Mason is dubbed when he’s playing Little Richard, but get a chance to chance to contribute his own voice here.

Kacey Musgraves: “Can’t Help Falling In Love”
The focus in the early part of the film is on Presley as a galvanizing (and, to some adults, upsetting) rocker, not a balladeer. So in a mid-section scene where Elvis is falling for Priscilla, it’s country-pop star Musgraves’ fresh rendering we hear, mostly. Although there’s a snippet of the Presley original here, we hear more of him doing the track when he takes it to Las Vegas and vamps it up toward the end.
(Luigi Creatore, Hugo Peretti and George David Weiss were the co-writers of the oft-covered classic.)

Britney Spears: “Toxic”
Backstreet Boys: “Everybody (Backstreet’s Back)”
We didn’t catch these modern Swede-rock pop standards on a first viewing of the film, and they’re not on the soundtrack album, but apparently these are in there, per the film credits.

Elvis Presley/Paul Oakenfold remix: “Rubberneckin’”
Not a fresh treatment, if you’re wondering. Oakenfold got permission to remix the oldie in 2003, and it was a top 10 hit in the U.K. and other territories around the world, the U.S. not included. The original track was a B-side for Elvis in 1969, recorded for the film “Change of Habit.”

Tame Impala: “Edge Of Reality (Tame Impala Remix)”
Now here’s a fresh remix. “Edge of Reality” was recorded by Presley in 1968 for the film “Live a Little, Love a Little” and released as a single, though it didn’t fare well at the time, only reaching the “Bubbling Under” chart. Kevin Parker produced, of course, and Tame Impala gets sole performer credit, even though it’s billed as a remix, so we’ll have to wait for the official soundtrack to study more carefully whether Elvis is still in its building, as it were.

Lenesha Randolph: “Take My Hand. Precious Lord”
Randolph, who performs with her brother Robert Randolph’s band, provides the voice of Mahalia Jackson, who famously sang the Thomas Dorsey gospel classic at Martin Luther King Jr.’s funeral (it was his favorite song), an event portrayed as having a big impact on Presley in the film. Cle Morgan gets credit for portraying Jackson on screen, though. Jackson’s association with the song goes back way before that, to a 1956 recording. Elvis cut it the following year on his first Christmas album.

Lenesha Randolph and Shonka Dukureh: “I Got A Feelin’ In My Body”
Elvis cut this Dennis Linde song for one of his last albums, “Good Times,” in 1974. Interestingly, it’s the vocalists who portray Mahalia Jackson and Big Mama Thornton who sing it for the film, seemingly representing the melding of Presley’s sacred and not-so-sacred Black influences. Presley’s version is also featured.

Jazmine Sullivan: “Sometimes I Feel Like A Motherless Child”
Elvis did the traditional Black spiritual as part of a gospel medley for his late ’60s network comeback special. The soundtrack gives it an additional, contemporary spin, with D’Mile producing one of the most acclaimed R&B singers of our time.

Jack White: “Power Of My Love”
A perfect choice for White to make his own, with a bluesy riff and plenty of sensual power. Presley originally cut it for his “Elvis in Memphis” album in ’69, where he made good use of his renewed cred coming out of the comeback special. The song comes about at a point in the film when Presley is doing things his way, before falling back under the sway of Colonel Parker. (Written by Bernie Baum, Bill Giant and Florence Kaye.)

Paravi: “Suspicious Minds”
The young Indian-American singer from L.A. has already been a Spotify success but will definitely be put in the spotlight more as a result of being one of the less famous names to land a placement in the film’s soundtrack.

Nardo Wick: “Product Of The Ghetto”
An under-the-radar (to most) rapper who’s also getting a breakout moment here. Wick happens to be signed to the soundtrack label, RCA, and only has one album out, but he’s proven himself with the top 10 R&B/hip-hop and rap chart hit “Who Want Smoke?” Any allusions to Presley’s latter-day hit “In the Ghetto” may be strictly that, as the writer of that tune, Mac Davis, is not credited alongside Wick and Johnathan Scott. “In the Ghetto” does appear slightly earlier in the film, though.)

Elvis Presley and Pnau: “Don’t Fly Away”
This fresh mix is a retitled adaptation of Presley’s “Any Day Now,” originally cut by Chuck Jackson in 1962 and covered by many other artists before Elvis got to it in 1969. (Burt Bacharach, Bob Hilliard and now Mark James share writing credit.)

Eminem and CeeLo Green: “The King And I”
Just released a little more than a week before the film comes out, this song, which plays first over the end credits (lending it eligibility as a best song Oscar contender), has Marshall Mathers comparing himself at length to Elvis, with Dr. Dre producing. Leiber an…