The Heartstopper Cast Marched In London Pride And Melted Hearts 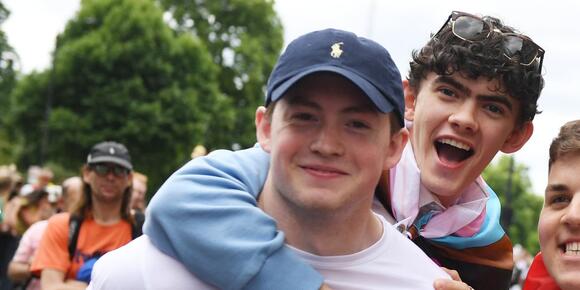 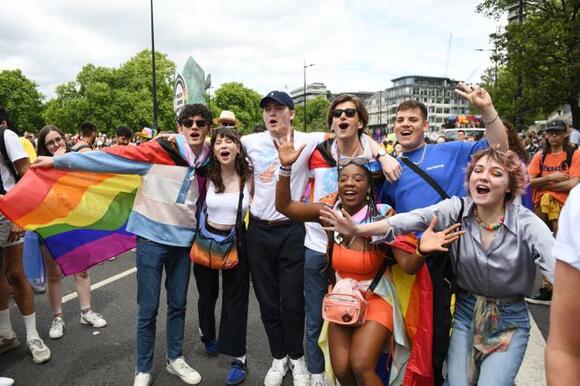 Draped in a Pride flag, Joe Locke, who plays the curly-haired protagonist Charlie Spring, and Kit Connor, who plays rugby hunk Nick Nelson, held hands and waved to the crowd. Fans of the show lost it — in person and online.

When the group came across anti-LGBTQ counter-protesters, the actors drowned out their chants by singing Whitney Houston’s “I Wanna Dance With Somebody” and gave the middle finger while jumping up and down.

Locke and Connor posted proudly about the interaction on Twitter.

Heartstopper, based on the graphic novel by Alice Oseman, Read more – HUFFPOST