The Federal Reserve Lags Behind The Inflation Curve

The below is an excerpt from a recent edition of Bitcoin Magazine Pro, Bitcoin Magazine’s premium markets newsletter. To be among the first to receive these insights and other on-chain bitcoin market analysis straight to your inbox, subscribe now.

All eyes across global markets are on the November FOMC meeting. At this point in the global liquidity cycle, seemingly every asset class is part of the same implicit trade. The tough talk from the Fed, the central bank of the dollar indebted world, has held up so far in 2022, as they embark upon the fastest tightening cycle in modern history.

Consensus for the size of the rate hike is 75bps, which would raise the policy rate to 4.00%. 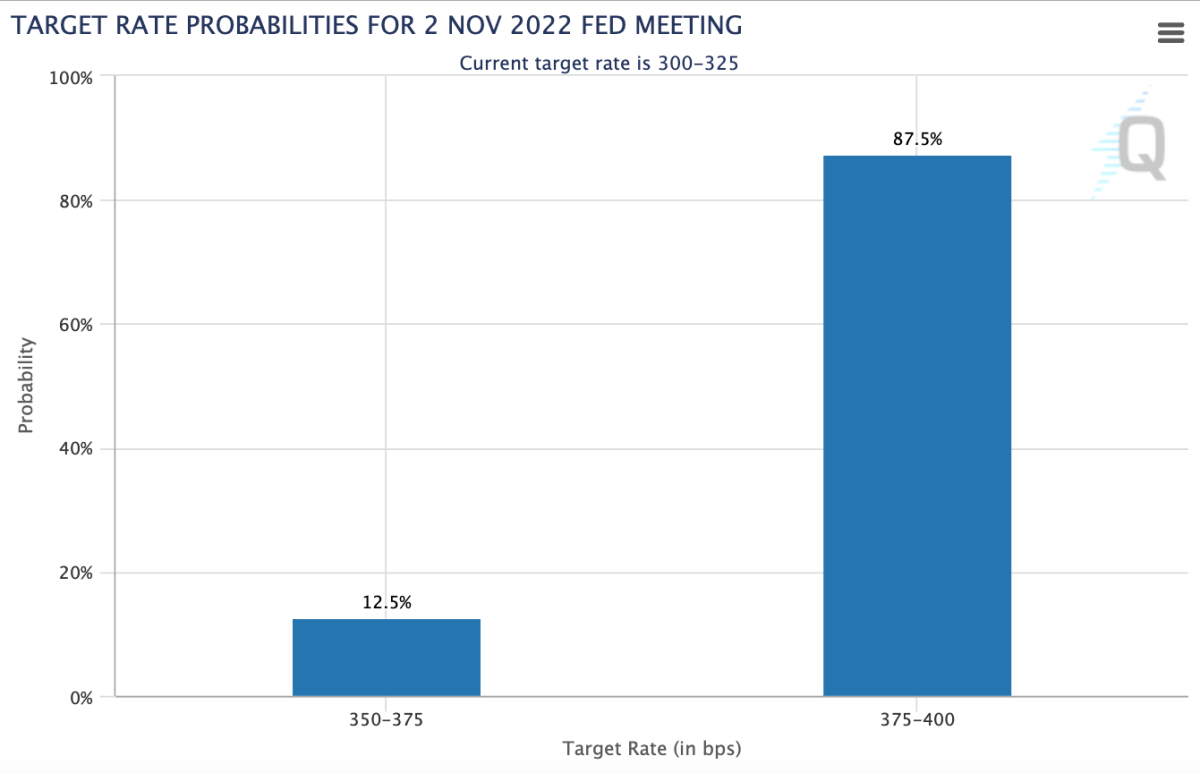 Consensus for the size of the rate hike is 75bps, which would raise the policy rate to 4.00%.

Much of this hiking has already priced itself into the front end of the U.S. Treasury curve, which has led to all sorts of inversions across various maturities.

In terms of the yield curve, across any duration that matters, an inversion has happened — a phenomenon that typically occurs before an economic slowdown, as short term yields rising disincentivizes the investment of capital over long durations due to “attractive” short end yields. Lend your money to the U.S. government for 30 years and lock in 4.13% or for three months at 4.13% and reevaluate then? Duration risk is real and the pace of this tightening cycle on the backs of record inflationary conditions across the globe has left investors uneasy on the long-term prospect of government paper. No kidding. 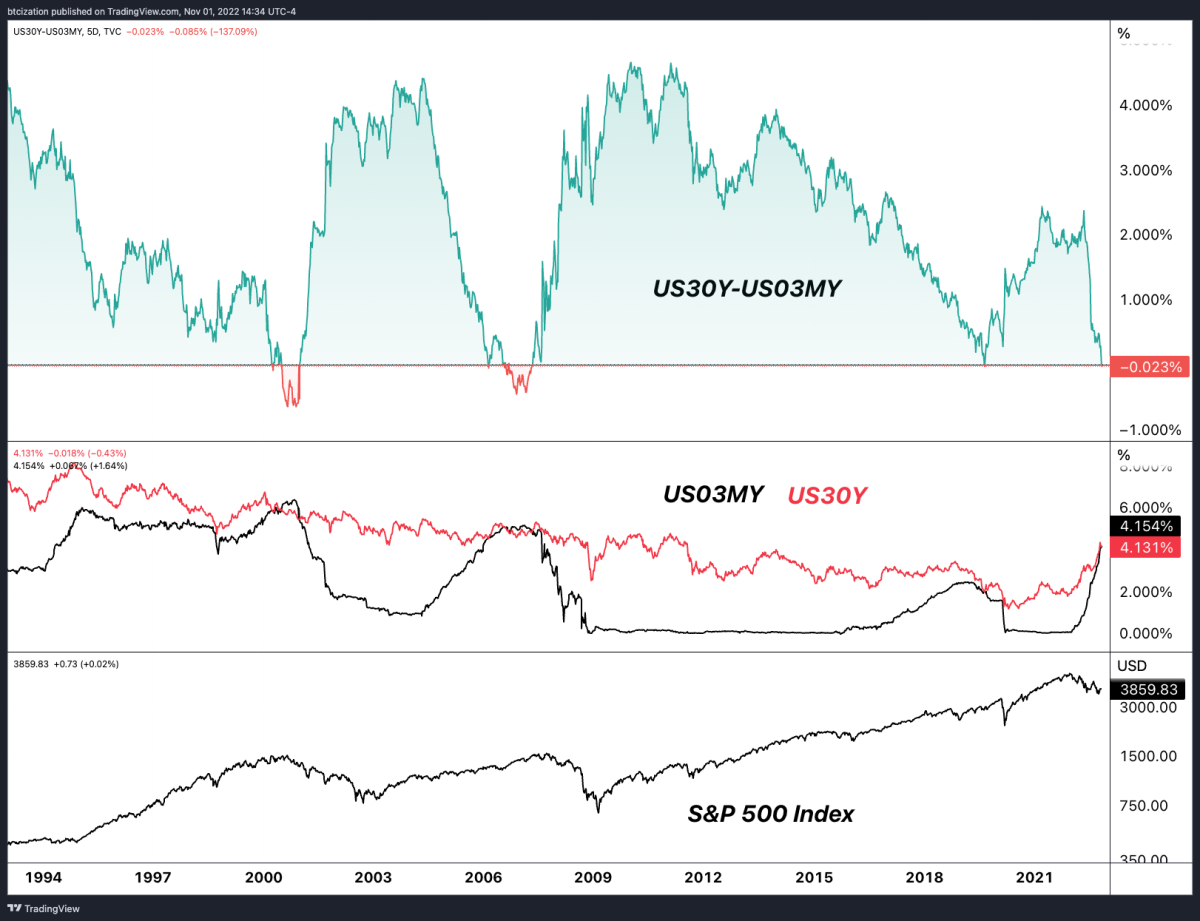 Arguably, the Fed is still behind the curve and, per their mandate, shouldn’t have “let” inflationary pressures get this out of control while still stoking the flames with zero-interest rate policy and $120B/month of quantitative easing bond purchases. Due to the blunder and subsequent hit to their credibility, the Fed is attempting to induce pain in the labor market and in asset prices until inflationary concerns abate.

It’s a bold strategy and it’s one that is entirely destined to fail. But they’ll likely end up crashing everything while trying. However, the nominal economy — meaning gross domestic product expectations (not inflation adjusted) and the labor market — is still piping hot. The market looks to be believing that Fed policy is in an entirely new regime going forward.

Shown below is the bitcoin price with its average on-chain holder cost basis (realized price). Bitcoin is in a classic bear market consolidation phase, that …