The 7 Worst Foods for Gut Health, According to a... 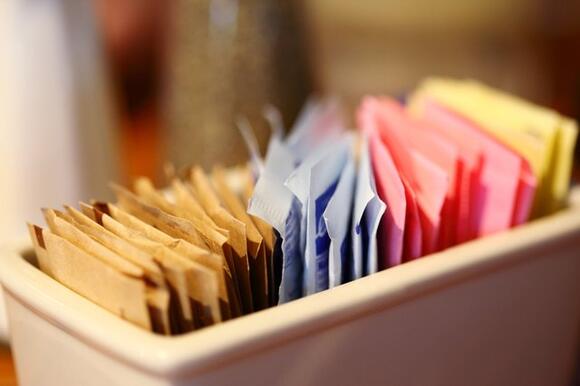 If you’re trying to improve (or at least look after) your gut health, your daily diet will play an important role.

Certain foods help fuel the gut and promote the growth of good bacteria, while others can cause digestive distress and meddle with the health of your microbiome — or the bacterial environment in the gut.

Here, experts dish on which foods you may want to avoid or limit to lower your likelihood of gut issues.

“Fried foods are bad for gut health on many levels,” says gastroenterologist Elena A. Ivanina, DO .

Firstly, fried foods are one of the most common triggers for gastroesophageal reflux disease (GERD ), a condition that occurs when stomach acid frequently flows back into the esophagus (the tube that connects your mouth and stomach), Dr. Ivanina says.

Fried foods also have high amounts of saturated fat. Not only do saturated fats contribute to heart disease, but excessive amounts are harder to digest and will take longer to break down, which could be a problem for people with inflammatory bowel disease (IBD), says Bonnie Taub-Dix, RDN , author of ​​​ Read It Before You Eat It — Taking You from Label to Table​​ . ​

In fact, “fried food consumption is correlated with lower diversity [of gut bacteria] whereas foods such as raw vegetables are associated with higher diversity,” she adds.

Here’s why that matters: a less diverse microbiome has been associated with various chronic health problems such as obesity and type 2 diabetes, according to a January 2019 article in ​ Aging ​.

Drinking a daily cocktail could have some grave consequences for your gut. That’s because booze can damage the lining, or mucosa, of the digestive tract, Taub-Dix says.

Dr. Ivanina puts it plainly: “Alcohol is a direct gut toxin and should be one of the first things to cut out if you’re concerned about gut health.”

That’s because “alcohol damages the gut barrier function (causing a ‘leaky gut’) allowing bacterial toxins to travel into your system,” Dr. Ivanina explains. This can even contribute to inflammation in other organs like the liver.

Eating too much red meat might be messing with your gut.

“Studies have shown that eating a lot of red meat contributes to inflammation, particularly in the colon where it can lead to colon cancer,” Taub-Dix says.

And the statistics are startling: “Eating too much red and processed meat has been estimated to cause 18 percent of bowel cancer cases,” Dr. Ivanina says. “Specifically, processed meat is classified as a class 1 carcinogen by the World Health Organization (WHO), which means it is known to cause cancer in humans.”

There’s a mechanism behind red meat’s cancer connection: “Red meat contains heme iron that is broken down in the gut to form N-nitroso compounds, which can damage the gut lining and lead to cancer,” Dr. Ivanina explains.

Eating and drinking too many sweet foods can be especially damaging to your gut health.

“High-sugar foods and sugary beverages have been linked to inflammation, which can irritate the gut and destroy helpful bacteria,” Taub-Dix says.

And this damage starts earlier than you’d think — food patterns in childhood sets the stage for gut health later in life.

“Too much sugar, especially during early developmental periods, changes the gut microbiome by causing ‘dysbiosis,’ or an imbalance of bacteria,” Dr. Ivanina says. And this dysbiosis can also affect other organs such as the brain (think: impaired memory function), she adds.

Swapping out sugar for artificial sweeteners might not be a smart strategy either.

“Artificial sweeteners, like sugar alcohols, can cause bloating, stomach pain, painful gas and diarrhea,” Taub-Dix says. “Not everyone has these reactions, but if eaten in large quantities, foods with sugar alcohols can upset your gut.”

What’s more, “artificial sweeteners can potentially change the gut bacteria that are in charge of metabolism, leading to obesity and diabetes,” Dr. Ivanina says.

Research has found that artificial sweeteners can be harmful to your gut bacteria, per a September 2018 paper in ​ Molecules ​ ​ . ​

To avoid artificial sweeteners, check your food labels. “Look for words that end in ‘-ol’ to identify sugar alcohols like sorbitol,” Taub-Dix says.

There’s no denying that pre-made meals and ready-to-eat foods (think: frozen pizza and microwavable dinners) are a cinch to make in a pinch. But your gut health might be paying a premium price for the convenience of processed foods.

To help preserve foods and make them taste good, ultra-processed foods contain artificial ingredients like added sweeteners, preservatives, emulsifiers, thickeners and flavorings, which can all be harmful to gut health.

“For example, dietary emulsifiers have been shown to promote colon inflammation by altering the microbiome and damaging the gut lining,” Dr. Ivanina says.

That said, you don’t necessarily have to write off every processed food. “When it comes to foods that are helpful or harmful, i…