Texas cattle ranchers David and Deborah Hajda issued a dire warning to America’s middle class after Democrats’ spending bill passed both houses of Congress allowing provisions for approximately $80 billion in IRS funding, a majority of which is dedicated to enforcement.

The Raising Five Cattle Company ranchers spoke with Dana Perino on “America’s Newsroom” Tuesday, where they recounted the grueling tax audit they experienced 13 years ago.

“We got audited over basically a $7,800 engine rebuild on a very old tractor,” Deborah said.

“They just basically said this was a red flag, and we’re going to audit you, and we’re coming to your house,” she added.

Hajda said she asked if she could fax her bank records to the IRS, but they refused to give her the option. Instead, they came to her house and demanded all of her financial records in-person.

“I took out our box of receipts… and we handed it to him, and I said ‘Here’s your receipts’… we weren’t hiding anything,” she said.

Perino asked if the IRS agent sought out the ranchers simply to fill a quota.

“Probably. They said they flagged it because our expenses were high that year, and it was because of this repair,” David responded. 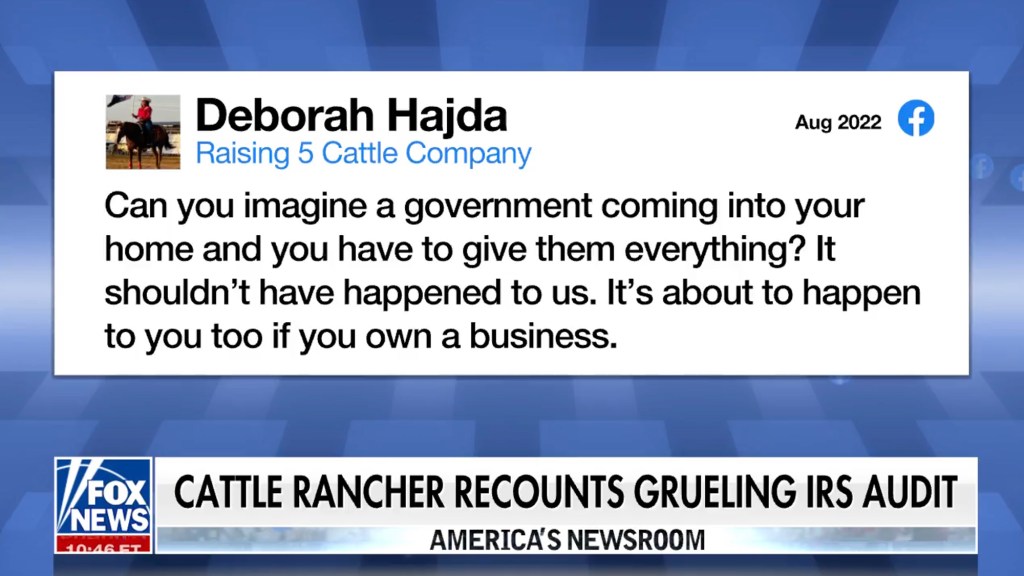 The Hajdas said, while they could not afford to replace the tractor, they kept all records of expenses for the necessary repairs. However, the auditor would not give up so easily.

“He wasn’t satisfied. He kept digging, and he ended up nailing us. Our tax person was giving us 80% on our work vehicles, and he said you can only do 50%,” David said.

“I was very naive about the situation. I had no idea of the power, the scope [of the audit] going in three years of my life… and me having no control over that, no control over the information he was given,” Deborah said. 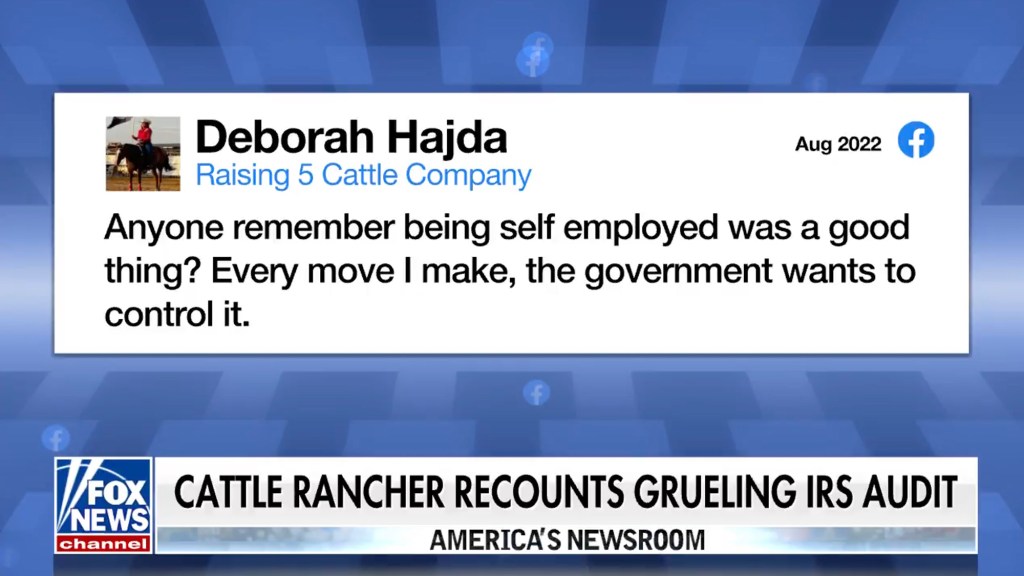