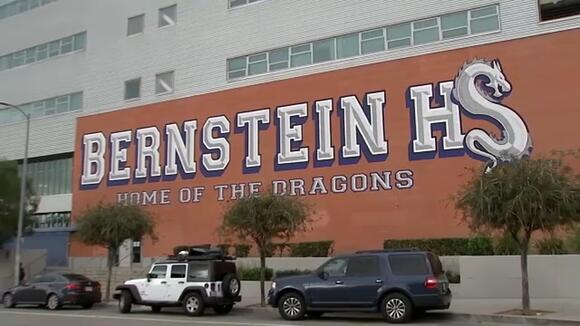 The boy, who Eyewitness News is not naming because he is a minor, is facing a possible manslaughter charge for the death of 15-year-old Melanie Ramos.

His hearing was continued to October 27 for a pre-plea hearing.

Investigators said Ramos and a friend bought what they thought was a Percocet pill from the boy, then shared it while in a restroom at the school. The girls both passed out and when the one girl woke up around 9 p.m. last Tuesday, she was unable to awake Ramos.

The boy accused of selling that drug was brought into Eastlake Juvenile Court in handcuffs as member of Ramos family stood by.

Ramos’ friend had to be hospitalized after taking the drug, as did two other students who overdosed in a separate case near Bernstein High School that same day.

The Los Angeles Police Department arrested two teen boys in connection with the two cases, but are warning that Southern California is in the throes of a major wave of fentanyl overdoses.

“People are calling it a pandemic. I call it a plague, a crisis,” Manriques told Eyewitness News. “It’s poison.”