Taijuan Walker greeted fans in the Mets’ team store at Citi Field before their game Friday, picking up the tab for everyone who bought gear in conjunction with the team’s “Pride Night” celebration.

Walker wasn’t nearly as hospitable Saturday to the Marlins, tossing 6 ²/₃ innings of one-run ball in the first-place Mets’ 3-2 victory, their fifth win in six games.

Francisco Lindor also homered for the second straight game since his mother’s surprise visit on Friday, as the Mets improved to 44-23, a season-high 21 games over .500. They had reached the 20-game mark in their 56th game with a 10-4 win the previous night, marking the third-fastest to 20-over in team history behind the 1986 World Series winners (42 games) and the 1988 team (54).

Walker (5-2, 2.88) retired 18 consecutive batters after leadoff man Jon Berti reached on an infield single in the first. Berti also stole second and third in the inning, but Walker struck out Jazz Chisholm, Jorge Soler and Garrett Cooper — all looking — in succession. 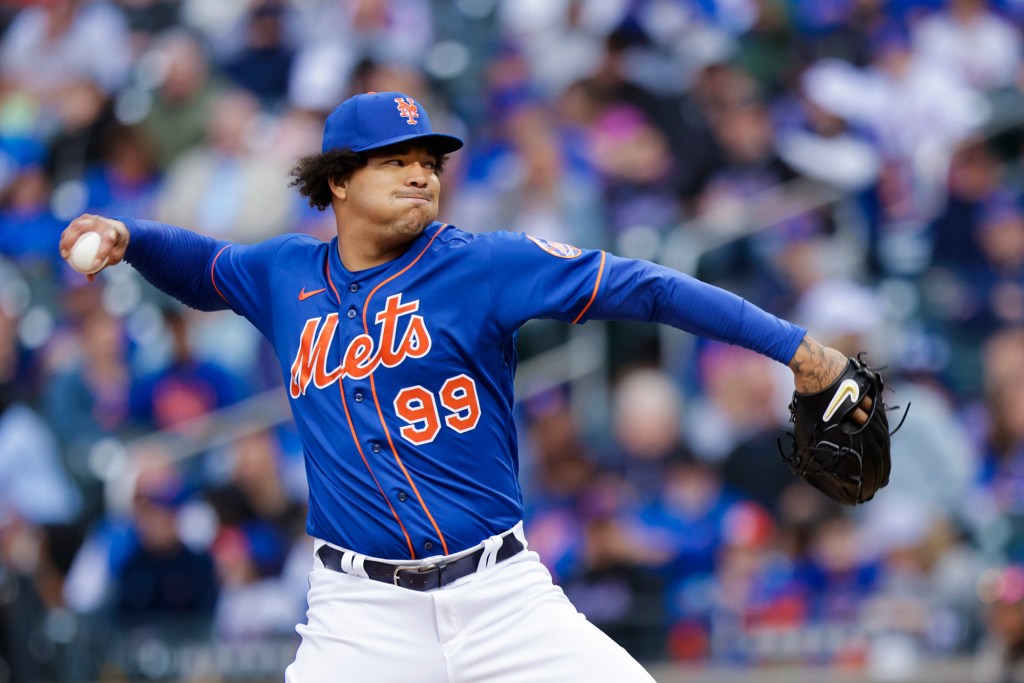 Taijuan Walker pitches Saturday during the Mets’ win over the Marlins.

The 29-year-old righty didn’t give up a run until the seventh inning, but he finished with nine strikeouts and one walk, one start after recording a season-high 10 punch-outs over six innings in a 4-1 road win last Sunday against the Angels.

Drew Smith replaced Walker and fanned Lewin Diaz for the third out of the seventh before striking out two more in a scoreless eighth. A Tomas Nido throwing error contributed to one run scoring against Edwin Diaz in the ninth, but the Mets’ closer struck out three in the inning for his 14th save.

The Mets’ 10-run eruption Friday night — featuring a three-run shot by Lindor and the second grand slam of the season by Pete Alonso — marked the ninth time they reached double-digit runs in a game this season, matching their total for all of 2021. 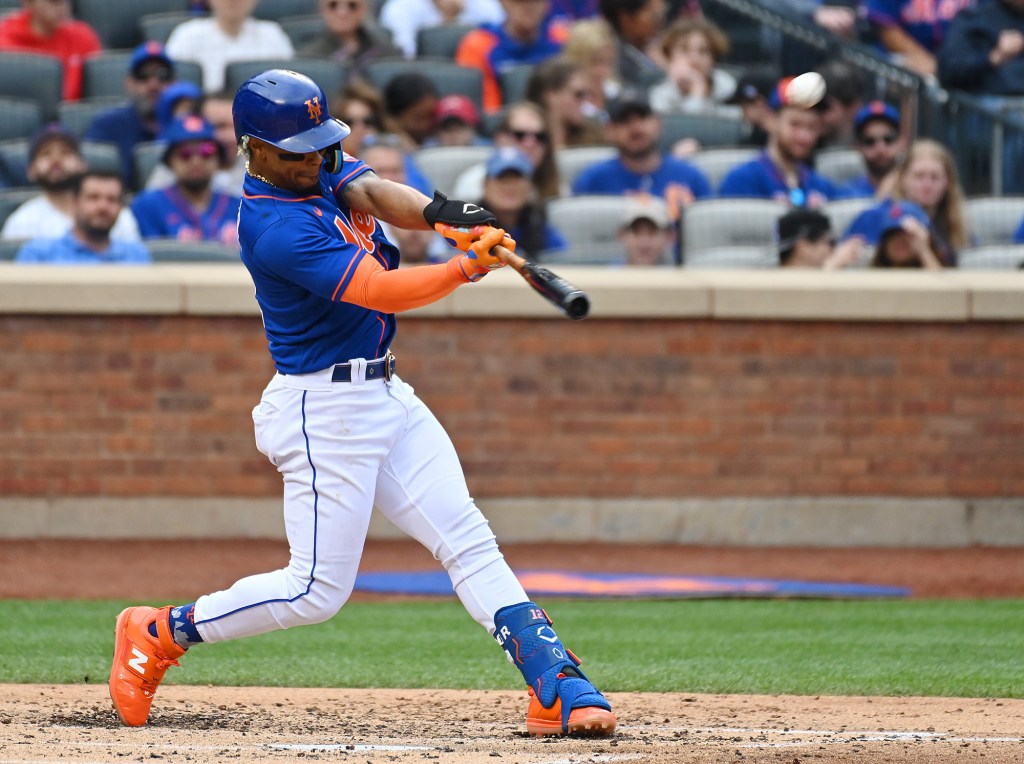 Francisco Lindor connects on a two-run homer in the third inning. 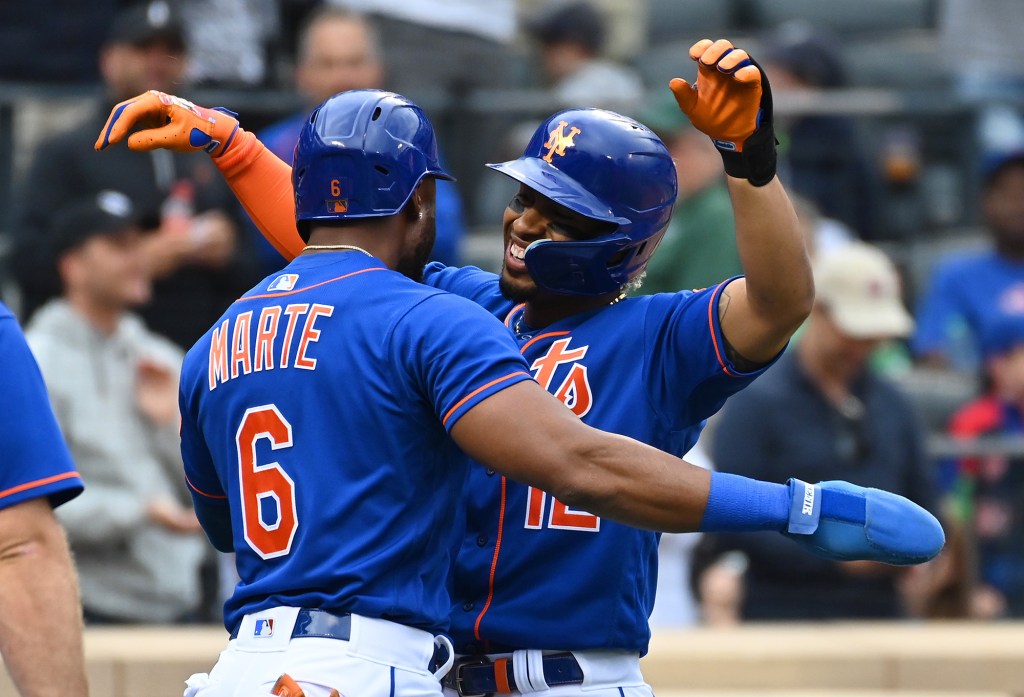 Only the Yankees, with 11, have registered that feat more frequently than the Me…