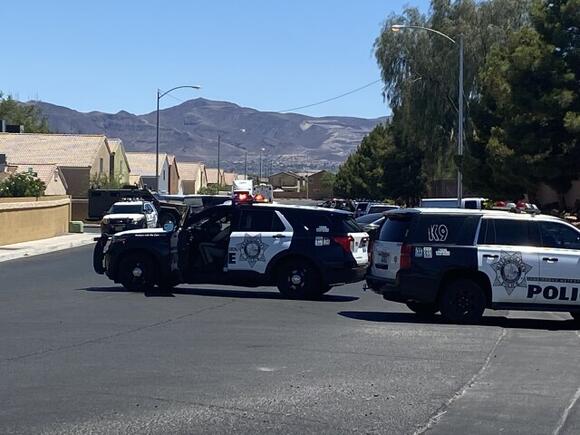 13 Action News received information from a caller in Whitney saying that there was a possible SWAT situation near Broadbent Boulevard and Cherry Street Sunday afternoon.

13 Action News sent a crew to the area where Las Vegas Metropolitan Police Department vehicles were on scene near 5200 Mineral Lake Drive.

We later received information from police saying that officers were responding to a home on the listed street after reports that one of the occupants inside was involved with an earlier event which involved them pointing a firearm at another person.