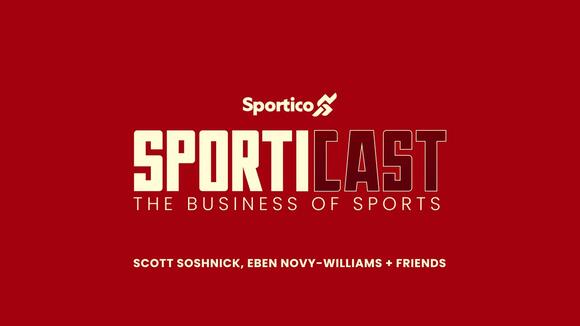 On the latest Sporticast episode, hosts Eben Novy-Williams and Jacob Feldman discuss some of the biggest sports business stories of the week, including the U.S. economy entering an official bear market. Both the S&P 500 and the Nasdaq are coming off their worst weeks since March 2020, combined with persistent inflation and a cryptocurrency collapse, all things that could have a dramatic effect on sports.

Recessions can negatively impact franchise values—the 2008-09 recession was the only time in the past 30 years when sports team values fell in unison—but also spur an increase in M&A transactions. There were more controlling stake sales in 2010, 2011 and 2012 than any other year since 2004. It remains to be seen if that will hold true if and when the U.S. economy rebounds.

The downturn is certainly affecting publicly traded sponsors and media partners, who could tighten their purse strings if the bear market continues. It will also have an effect on ticket and concession sales, as people around the country limit discretionary spending.

Lastly, the duo discuss the latest in digital media, as sports leagues and teams continue searching for new ways to reach fans—particularly young ones—who don’t watch games but might be interested in other forms of content.

(You can subscribe to Sporticast through Apple , Google , Spotify or wherever else you get your podcasts.)