Biden’s spin doctors are getting all his favorite publications in a lather about a “Victory Tour” to celebrate his “historic” achievements and raise his historically low approval ratings in the run up to the midterms. There’s passage of the Inflation Reduction Act, which doesn’t reduce inflation. Gas prices are down to very expensive from ludicrously expensive. And Biden is COVID free … maybe.

As this shindig sets off, we have some suggestions for Biden’s victory lap: 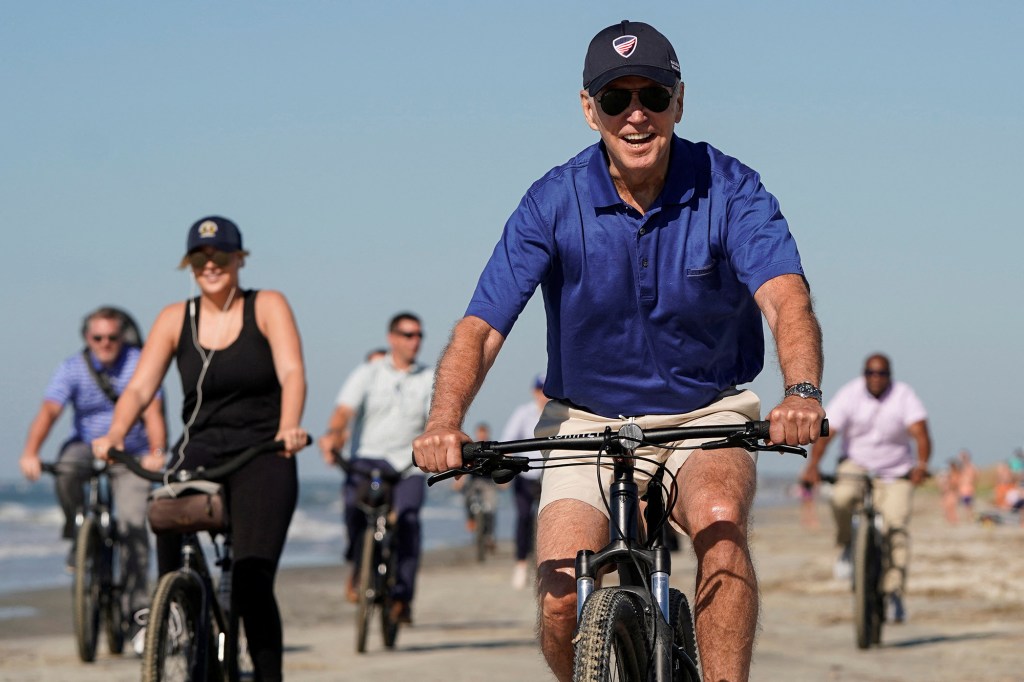 BIden riding a bicycle while on vacation in Kiawah Island, South Carolina on August 14, 2022.

The festivities begin with a bike ride to Perkins for the early bird special. There’s all-you-can-drink ice tea and a free sundae. Afterwards he could slip into an electric monster truck, don the mirrored aviators and tool around Rehoboth Beach. Then it’s a kegger at Paul Pelosi’s house — Tsingtao on tap.

Then, a free bus ride from DC to Texas! (Those buses have to go back somehow).

Beto O’Rourke’s furry punk cover band could play (seriously, they were called The Sheeps, he performed in a sheep costume, worth the Google). Since he’s in disguise, appearing on stage with Biden won’t sink him in the polls. Then it’s a welcome ceremony at the border, letting everyone in to celebrate his “victories.” We hear the people of Afghanistan are joining by Zoom.

Then it’s off to New York, where Read more – New York Post