Shell Freedom Over Texas performers excited to be in Houston 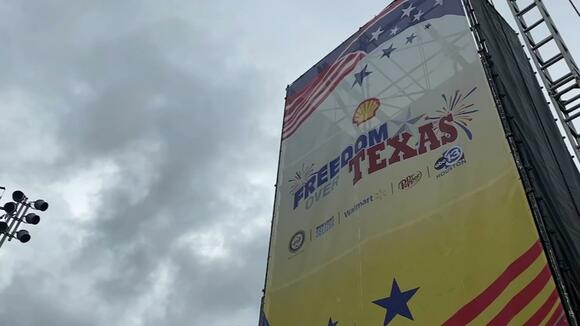 Clay Walker, who has homes in the Lone Star State, says headlining Shell Freedom Over Texas on the 4th of July is a chance to hang out with some old friends.

“I get to see a lot on the road,” Walker said. “But there is nothing like looking out and seeing the skyline of your hometown and seeing your fans who are really more like family to you.”

The band Sawyer Brown, which performs hits like “Some Girls Do,” was started in Florida, but members say they know exactly where to go as soon as they get to the Bayou City.

SEE RELATED: City of Houston, performers excited for a full crowd at Shell Freedom Over Texas

The group has been performing in Houston for 40 years, but what about Blanco Brown, who has created his own spin on the music industry by combining country and rap?

“The Git Up” singer, born in 1985, says his favorite memory of Houston involves baseball.

“I came there plenty of times, but I went there for the World Series in 2019,” Brown said. “It was amazing.”

The Astros will be in town that afternoon, but Brown is unlikely to make it to Minute Maid …