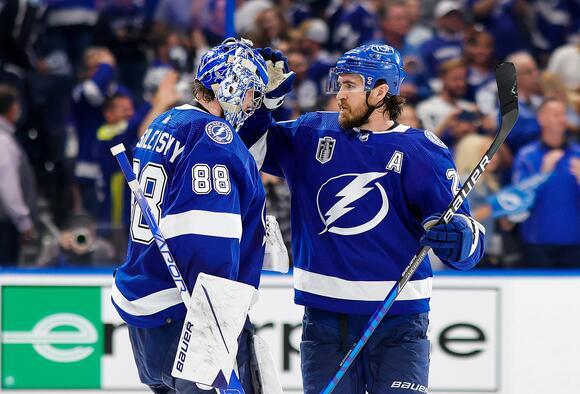 Although Ryan McDonagh has competed in three straight Stanley Cup Finals for the Tampa Bay Lightning, winning it all in 2020 and 2021, it didn’t take too much convincing for him to consider waiving his no-trade clause to relocate to Nashville.

The Predators got the 33-year-old defenseman in a trade Sunday for defenseman Philippe Myers and forward Grant Mismash.

“When Nashville showed interest, it was right away a big point for me to realize that this group is competitive and has all the pieces that I believe you need to win a Cup,” McDonagh said Sunday.

McDonagh played eight seasons with the New York Rangers before being traded to Tampa Bay midway through the 2017-18 season.

“It’s tough to move on after everything we’ve done there in Tampa as a group,” McDonagh said. “But in the end, this is a business, and you’ve got to just keep moving forward.

“That’s kind of the way I’m looking at it. It’s a great opportunity here.”

McDonagh said Sunday that a handful of Predators already reached out to him . He and Predators standout defenseman Roman Josi are already familiar with each other, having played against each other a handful of times in their careers.

“Just to be on the same side of the ice with him now is going to be a thrill,” McDonagh said of Josi. “We all kind of bring a little bit of different strengths to the game, and hopefully that translates to a lot of success on the ice.”

McDonagh has four seasons on his contract with a $6.75 million average annual value. He plans to relocate to Nashville by August so that he can enroll his oldest daughter in kindergarten on time.

McDonagh, Josi, and Mattias Ekholm will provide a veteran presence for the Predators defense with a combined 34 years of NHL experience. Even as the newest addition to the unit, McDonagh has no plans to change his playing style.

“I’m not really going to change my game from what …