Rory McIlroys major drought only gets more complicated after US...

BROOKLINE, Mass. — What do we make of Rory McIlroy?

It’s difficult to call him an underachiever when he’s won 21 tournaments in his career, including four major championships, and will enter the World Golf Hall of Fame on skates.

The problem is that it’s eight years and counting since McIlroy won the last of those four major championships, the 2014 PGA Championship.

And McIlroy, not only an astute historian of the game but one of the athletes most honest with himself as there is in sports, knows that elite players like him are measured in legacy by how many majors appear on their career résumé.

His fifth-place finish in this week’s U.S. Open, four shots behind winner Matthew Fitzpatrick, marks 29 major championships McIlroy has played without hoisting hardware since that PGA victory in ’14 at Valhalla.

“Yeah … another top five in a major,’’ McIlroy said. “I guess doesn’t really mean anything.’’ 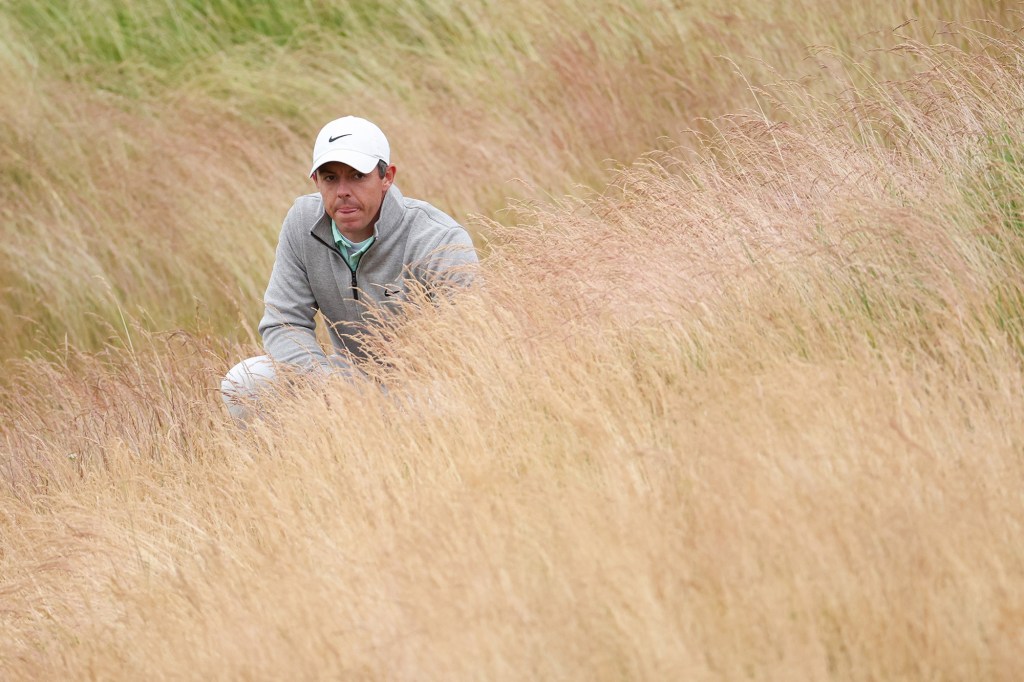 McIlroy insisted his mantra for majors is not “win or bust,’’ but he then quickly added, “I guess when I look back, will I remember the fifth place I had at Brookline? Probably not.’’

It’s not like he’s turned into a 10-handicap since that PGA win in ’14. McIlroy has won 13 times since then, and among those wins include two Tour Championships, two World Golf Championships and a Players Championship.

Those are cream-of-the-crop events, ones that enhance legacies.

What they are not, though, are major championships.

“I played well enough to give myself a chance to win,’’ McIlroy said. “I didn’t get the job done, but I’m closer than I have been in a while, which is good.’’

But not good enough, and that hurts.

“It’s still not quite close enough,’’ McIlroy said. “There were a few holes there today where I made the birdie and then did the reverse once back with the bogey at the next. To win golf tournaments, you just can’t do that. But it’s there. It’s close. I just have to stay patient.

McIlroy said “it will take a while probably’’ to soak in any positives from this week. 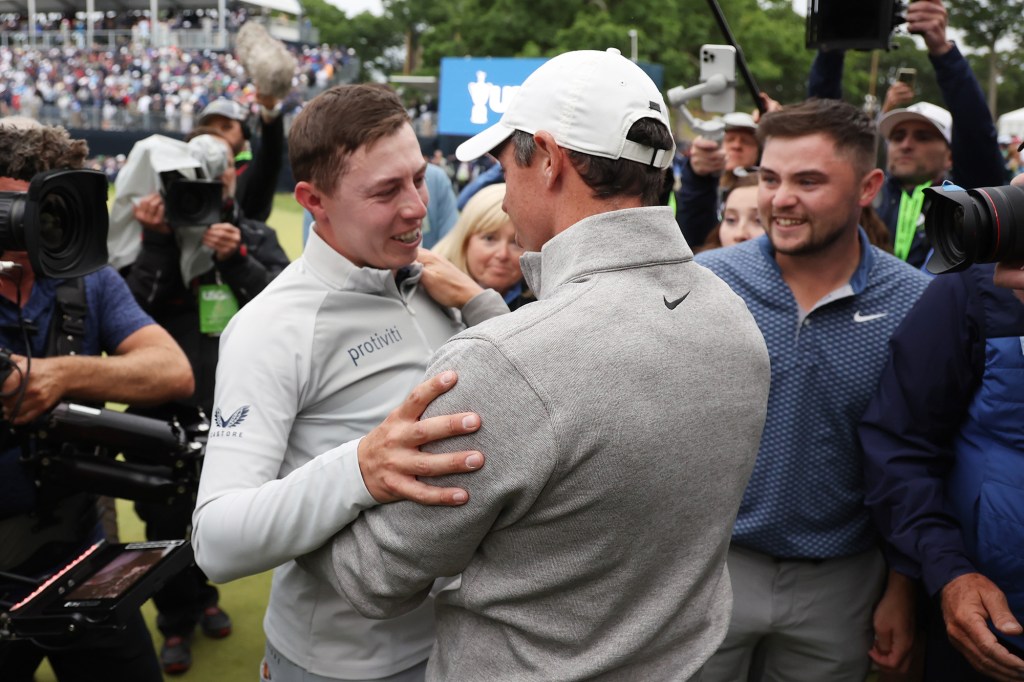 Matt Fitzpatrick of England is congratulated on his win by Rory McIlroy of Northern Ireland as he walks off the 18th green.

“I’ll look back at this as another missed opportunity just as Southern Hills was (in the PGA Championship last month when he finished eighth), but missed opportunities are better than not contending at all,’’ he said. “So that is a positive. I have to stay patient at this point because if I just keep putting myself in position, sooner or later it’s going to be my day and I’m going to get one.’’

He spoke like a player who’s still searching for his first major, but that’s become how McIlroy feels in these eight long years.

Though McIlroy — as well-rounded a player as there is in the game, married with a child, as much money as he’ll ever need — has a healthy perspective on life, he wants more out of his golf. He wants more major championships.

He has tried everything.

Entering this week, he tried a renewed mental approach.

“I think I have to go out with the mindset this week that I’m going to try to win my first again,” McIlroy said earlier in the week. “I’m playing as good of golf as I’ve played in a long time. I have a lot of experience. Yes, I’ve won major championships and other big events, but … just because I’ve done that, it doesn’t mean that I’ll hit better golf shots or I’ll hit bet…