by postolink.com 2 weeks ago2 weeks ago
173views
83
18 shares, 83 points
The San Diego Union-Tribune

When asked in an interview what he might do if he weren’t a musician, conductor Rafael Payare suggested that he might have become an engineer. That seems about right. Engineers, after all, make things better. This is just what Payare and the San Diego Symphony accomplished Friday night at the California Center for the Arts, Escondido: They reinvigorated favorites by Wagner, Liszt and Brahms, in a concert overflowing with substance and smart details.

Case in point: a taut reading of Wagner’s “Prelude & Liebestod” from “Tristan und Isolde.” This may be Wagner’s most familiar music — a turbid, ecstatic representation of the tragic love (“Liebestod” literally means “love-death”) of the opera’s main characters. Too often, performances of this selection are lugubrious and heavy. Payare’s version was bracingly animate, with clear lines and pure intonation from the orchestra. The circular harmonic progression — which returns again and again to the same emotional climax — pushed forward with direction, adding momentum to our imagining of the opera’s trajectory. The winds and strings stood out for their timbral unity; the brass wait in this piece until almost the end to push the music over the expressive cliff, and their ability to arrive together and with force was impressive and compelling. 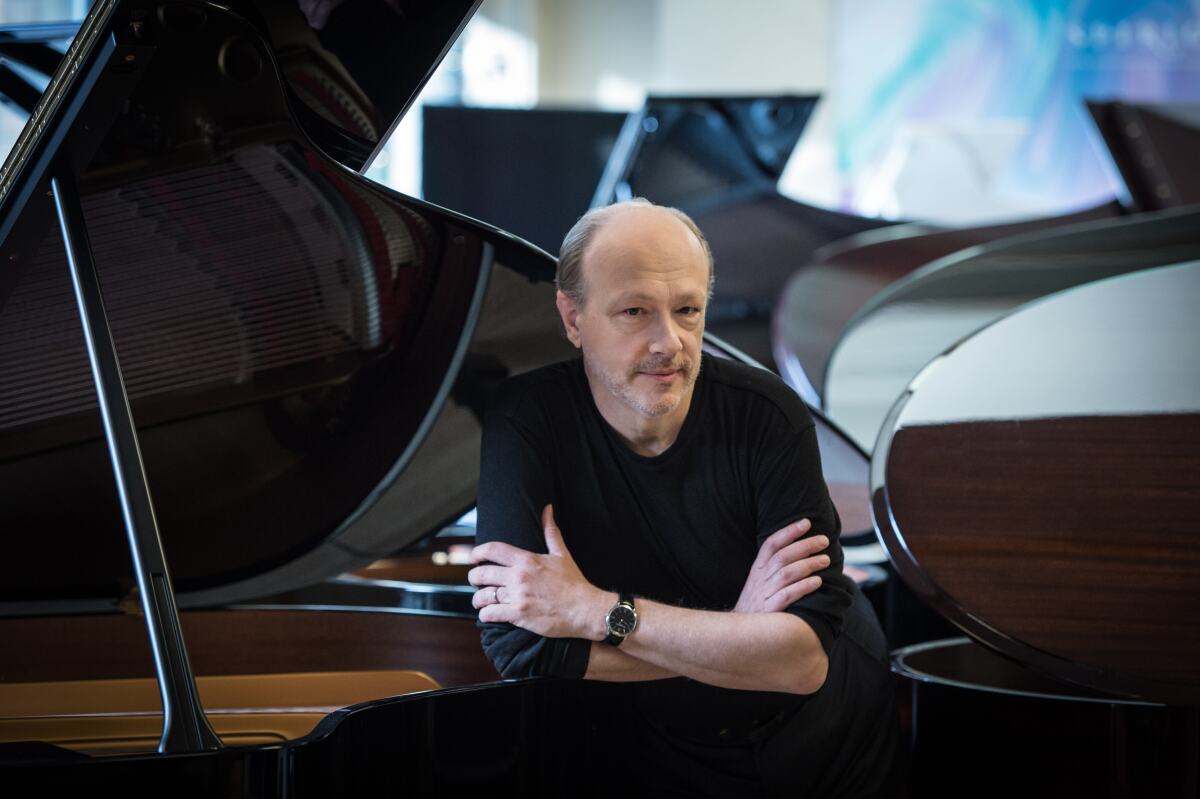 Equally stirring was the treatment Liszt’s second piano concerto received under the hands of soloist Marc-André Hamelin. Hamelin is a monster, and always has been. His reputation as one of classical music’s most fearsome technical pianists is decades-old, though no less awe-inspiring is the breadth of his repertoire, which ranges from C.P.E Bach to Morton Feldman.

The technological advancements in 19th century piano manufacturing are similar to the innovations in the production of electric guitars in the last century: each makes possible bold, even disturbing, new sonic possibilities. Liszt’s concerto asks soloist and orchestra to make sense of the extremes of expressive material that switch, often in the middle of a phrase, between the syrupy and the brutal. Hamelin varied his touch and technique easily: crystalline two-hand passage-work morphed into terrible, crushing chords that seemed to liberate pure sound from the limits of Romantic style. Here, again, Payare and the orchestra were exceptional, both within sections and in their ensemble balance and ability to communicate. The strings roared through bellicose staccato passages in perfect synchrony, and the brass brought a great strength to tempestuous, martial gestures.

Brahms’ first symphony is steeped in story and cliché, which focus on the footsteps of Beethoven, who looms as a “giant marching behind” the younger composer. Though Brahms himself objected to the notion that his piece owed specific debts to Beethoven, one hears in the iconic opening tympani stokes the force of fate, and of history. Friday’s performance was a masterpiece of integration, one that offered fresh perspectives on details while allowing those aspects of the work that have secured it a place in the canon to shine through, and Payare was able to create, over the course of the four movements, a brilliant, slow expressive crescendo.

Early moments in the opening “Adagio Sostenuto,” focused on clarity of line and soft edges, undoing the grandiloquence and pomp that many famous conductors have adopted, which made more effective the grand cataclysm to which the movement builds.

Many opportunities are in this piece for groups to contribute to the narrative while telling their own story. The violas, fo…