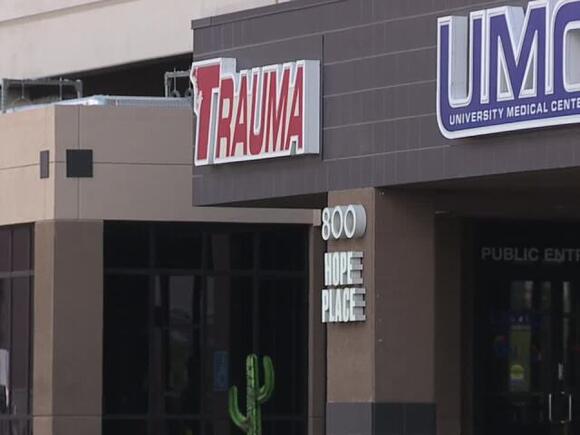 How did a patient get a hold of a knife?

A frightening moment at UMC Hospital when a patient in the psych ward stabbed two other patients, killing one. LVMPD saying this all happened in a secure area of the hospital. Retired LVMPD Detective Phil DiPalma says these secure areas are supposed to help contain a potential threat.

“There’s no sharp objects. There’s nothing that can harm that person or another individual,” he said.

Investigators are trying to determine how the suspect, described as a man in his 40’s, got a knife. DiPalma says in a secure facility a search would have been done when admitted to ensure a psych patient had nothing to hurt anyone.

“To have someone come in there with a weapon that could do more damage especially, when that individual is maybe not well or in the right state of mind,” he said.

“Our entire team feels the weight of this tragedy, and words cannot express the profound sympathy we feel for those who are grieving the loss of a loved one following this senseless act of violence.”

It went on to say Southern Nevada has an urgent need for more mental health services and specialized facilities, saying quote: