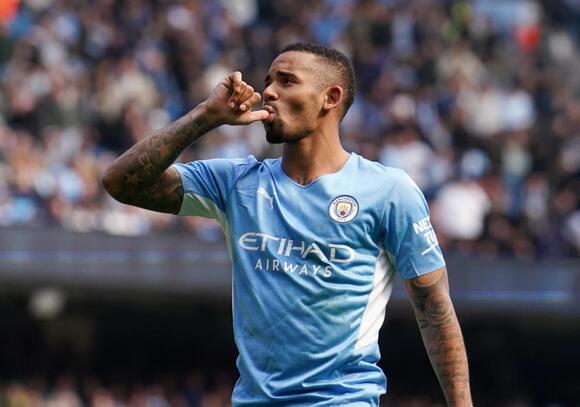 Manchester City have agreed to allow Gabriel Jesus to leave the club.

The Brazilian has been pushing for a move, and Manchester City seem to have finally granted the striker his wish.

According to Gianluca Di Marzio , Arsenal are determined to do everything they can to get the Gabriel Jesus signing over the line.

Arsenal director Edu is massive fan of the Manchester City player, and Mikel Arteta has previously worked with him.

The Arsenal project is one Gabriel Jesus is said to be interested in, as well as rekindling his relationship with their manager.

Tottenham Hotspur are another club heavily invested in Gabriel Jesus, but preference will fall to Arsenal.

That will not stop Spurs from trying, as they are also actively pursuing Lautauro Martinez from Inter Milan.

£50million is the rumoured fee either club will have to pay.

Manchester City are said to have granted Gabriel Jesus his wish to leave, their preference would be he move outside the Premier League, but also understand the players desires.

Chelsea may be out of the race after they showed real interest in Raheem Sterling.