by postolink.com 5 days ago5 days ago
176views
76
17 shares, 76 points
DALLASBASKETBALL 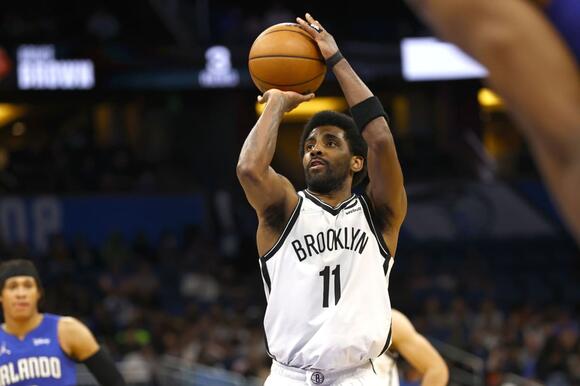 As the offseason rolls on, keep up with all news as it relates to the Dallas Mavericks right here with our DallasBasketball.com NBA Tracker.

The Dallas Mavericks have been connected to a number of different players around the league in NBA trade rumors and speculation this year, including Christian Wood, who Dallas recently acquired from the Houston Rockets, Indiana Pacers’ Myles Turner, Atlanta Hawks’ John Collins, and more.

And then there’s the NBA Draft, free agency and so much more to chronicle. …

Here at DallasBasketball.com, we will keep you up to date on all Mavs-related trade rumors, reports, and speculation as the offseason progresses.

With the Brooklyn Nets potentially on the verge of falling apart, Kyrie Irving is already starting to think about his next destination. Irving and the Nets have yet to come to an agreement on a potential contract extension, which means the All-Star guard could leave in free agency or opt into the last year of his contract and be traded before then.

According to a report from ESPN’s Adrian Wojnarowski, Irving has compiled a list of teams he’d be interested in joining.

“ESPN Sources: If Kyrie Irving can’t reach an agreement to stay with Brooklyn, he has a list of teams he’d like them to consider on sign-and-trades, including Lakers, Clippers, Knicks, Heat, Mavs and 76ers. None of those teams have cap space to sign him without Nets’ help,” Wojnarowski tweeted.

Given that the Mavs might have more trouble re-signing Jalen Brunson than what was initially believed, could a swap of the two point guards make some sense for both sides? Irving comes with risks, there’s no doubts about that, but potentially losing Brunson for nothing is something the Mavs can’t let happen. Stay tuned to DallasBasketball.com for updates.

On Wednesday, the Associated Press reported that former Dallas Mavericks fan favorite and current NBA analyst at ESPN Vince Carter lost nearly $100K when his Atlanta home was robbed over the weekend. Carter’s wife and two children were reportedly in the home when the robbery was happening, but thankfully all of them were unharmed.

Out of the near $100K stolen from Carter’s home, two guns and $16K of the rest was found and recovered later on. Although police have not identified a suspect yet, fingerprints were found at the scene and will likely play a big part in the investigation.

Carter spent three seasons in Dallas as an excellent veteran role player. In 223 games, he averaged 12 points, 3.7 rebounds and 2.4 assists while shooting 39.2 percent from 3-point range. Carter’s define moment as a Maverick came in the 2014 playoffs when Dallas took on the top-seeded San Antonio Spurs as the eighth seed. With less than two seconds remaining in Game 3 of a tied series, Carter hit a buzzer-beating three from the corner to give the Mavs a shocking 2-1 series lead. Dallas eventually lost the series in seven games, but Carter’s moment will live on forever in AAC lore.

Time flies, doesn’t it? Today marks the 11-year anniversary of the Dallas Mavericks winning their first ever NBA championship against the Miami Heat in six games.

Dirk Nowitzki was the only All-Star on the Mavs, while the Heat assembled a superstar trio of LeBron James, Dwyane Wade and Chris Bosh. Dallas had superior chemistry, though, and upset Miami’s Big 3 with excellent defense and clutch shot-making.

The series was highlighted by three key moments:

1) After trailing 88-73 in the fourth quarter of Game 2 and already training the series 1-0, the Mavs made an epic comeback to win 95-93 off a game-winning Nowitzki layup

3) As Nowitzki made a layup to put the Mavs up 11 with 30 seconds remaining in the series-clinching Game 6, realization started to set in on what the Mavs were about to accomplish.

Nowitzki and Tyson Chandler held their arms behind their heads in disbelief. Nowitzki and Jason Terry shared an emotional hug. You could feel the overwhelming relief as the Mavs finally got over the hump and avenged losing to Miami in the 2006 Finals.

The Golden State Warriors have evened the NBA Finals with a spectacular Friday effort from Stephen Curry, who carried Golden State with 43 points to win Game 4 in Boston, 107-97.

“A lot of pride in our group. A lot of talk over the last 48 hours about how we can get back into this series,” Curry said.

Curry even had 10 rebounds and four assists to go along with a game-high points output.

“I personally just thank God that I avoided significant injury so that I could play, first and foremost,” Curry said. “And then for us to come out and do what we did and go home, that five-and-a-half hour flight got a little better after tonight.”

With the NBA Draft just a little over two weeks away , the Dallas Mavericks have started the process of bringing in prospects for workouts. According to a report from The Athletic , G League Ignite guard Jaden Hardy is expected to be one of the players the Mavs bring in for a workout.

Hardy appeared in 12 games for the Ignite last season, averaging 17.7 points, 4.6 rebounds and 3.2 assists and 1.3 steals in 32.2 minutes per game. After being ranked second on the ESPN 100 high school prospects list in 2021, the 6-4 shooting guard’s struggles with efficiency in the G League have dropped him from being a potential lottery pick to being a late first-round pick. Hardy shot just 35.1 percent from the field for the Ignite, including 26.9 percent from deep.

Depending on what materializes on the trade market , the Mavs might be more inclined to select a young big man on draft night, but if Hardy impresses Dallas in his workout, you never know what can happen. Sometimes it’s about taking the best talent available over taking someone just for a positional need.

According to NBA reporter Marc Stein , the Brooklyn Nets are expected to hire Dallas Mavericks assistant coach Igor Kokoskov this summer to be an assistant on head coach Steve Nash’s bench.

When the Mavs hired Jason Kidd to be their new head coach last summer, Kidd added Kokoskov to his stellar coaching staff soon after. Kokoskov coached superstar Luka Doncic with the Slovenian national team in 2017, so it was a natural fit.