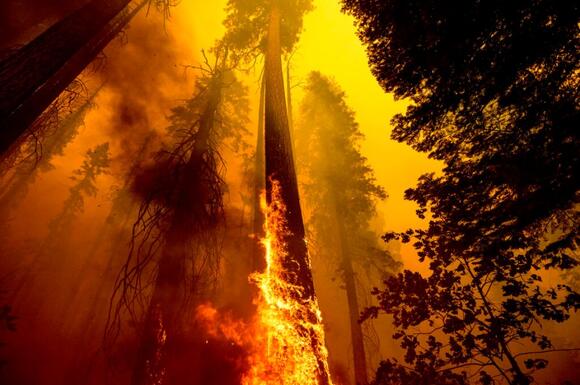 (NEXSTAR) – La Nina, the potent weather event linked to more drought and wildfires in the western United States and more Atlantic hurricanes, doesn’t appear to be leaving us any time soon.

In fact, there is now an increasingly likely chance that the current La Nina pattern could stick around for a third fall and winter season – a rare “triple dip” phenomenon that’s only happened twice since 1950, according to Emily Becker, a climate prediction expert and author of the National Oceanic and Atmospheric Administration’s (NOAA) ENSO blog.

In a June 9 update, Becker says the models now show a 59% chance of La Nina by early winter.

La Nina is a natural and cyclical cooling of parts of the equatorial Pacific that changes weather patterns worldwide, as opposed to El Nino’s warming. Often leading to more Atlantic hurricanes, less rain and more wildfires in the West and agricultural losses in the middle of the country, studies have shown La Nina is more expensive to the United States than the El Nino. Together El Nino, La Nina and the neutral condition are called ENSO, which stands for El Nino Southern Oscillation, and they have one of the largest natural effects on climate, at times augmenting and other times dampening the big effects of human-caused climate change from the burning of coal, oil and gas, scientists said.

“They really have a very, very strong” effect, research scientist Azhar Ehsan, who heads Columbia University’s El Nino/La Nina forecasting, told the Associated Press in late May. “So a third consecutive La Nina is not at all a welcome thing.”

He said the dangerous spring heat in India and Pakistan was connected to La Nina.

The current La Nina formed in the late summer of 2020 when the Atlantic set a record for the number of named storms . It strengthened in the winter when the West’s drought worsened and in the early summer of 2021 it weakened enough that NOAA said conditions were neutral. But that pause only lasted a few months and by early fall 2021 La Nina was back, making it a double dip.

Normally second years of La Nina tend to be weaker, but in April this La Nina surprised meteorologists by setting a record for intensity in April, which is based on sea surface temperatures, Ehsan said.

Becker wrote that, instead of subsiding during the spring, May of 2022 was the “second-strongest La Nina month on record” with the easily the coolest water temperatures on record since 1950 when it comes to two-year La Nina events.

Should La Nina stick around for a third winter season it would mean a higher chance of prolonged drought in the western half of the country, as well as a greater number – and more powerful – storms during hurricane season.

NOAA models show a 60% chance that the Atlantic hurricane season will be above average, with the opposite effect in the Eastern Pacific, where storms will be less likely.

Becker explains that La Nina lessens “shear,” the change between lower and higher level winds which can tear apart a hurricane. L…