Police are on the hunt for a gang of thieves after six businesses were ram-raided and robbed during a wild two-hour southern suburbs crime spree.

Police are investigating whether the spate overnight incidents — recorded between 1.30am and 3.15pm — are connected.

Two masked men were captured on CCTV raiding a Scooteroo e-scooter store on Albany Highway in East Victoria Park after crashing a white sedan into the front entrance about 2.35am.

CCTV footage showed one man take a scooter, while the other took a box, and place items in the boot of the car before driving off.

The glass door and security roller door behind it were damaged on impact.

Police were alerted to the first crime about 1:30am when an alarm went off at a Maddington business. Officers found offenders had entered the Albany Highway premises by smashing a window but it was unknown if items were stolen.

Two Cloud 9 smoke shops — one on Champion Drive, Kelmscott and second Great Eastern Highway in Redcliffe — were hit with vehicles between 2.10am and 2.50am.

While the Kelmscott store was significant damaged, no entry was gained, and a mobile phone was stolen from the Redcliffe business.

Photos of the aftermath in Redcliffe showed the front doors of the store smashed and broken off their hinges. 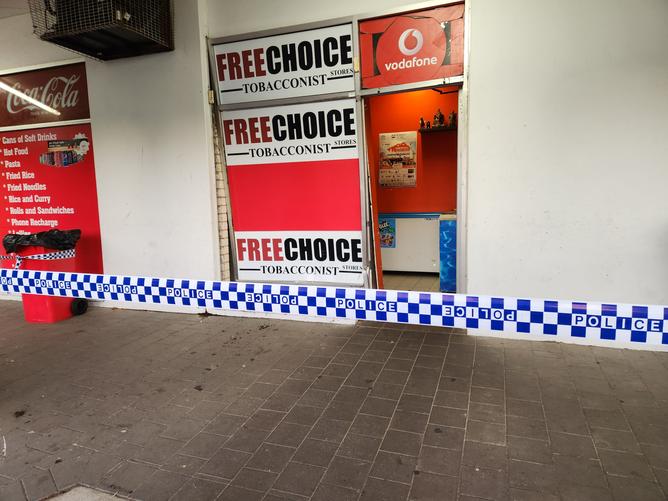 Police are investigating spate of ram raids across Perth.

About 2pm, another ramraid was reported at a deli on Westfield Road, Camillo, where cigarettes were stolen.