Putin uses Mark Twain misquote to address reports about his... 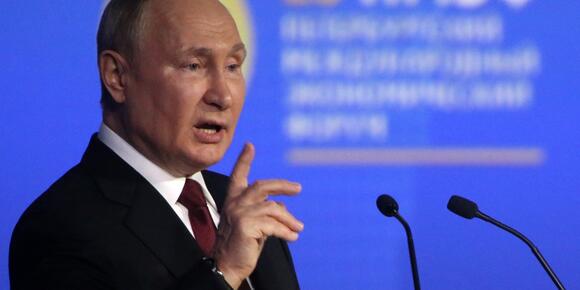 “Like Mark Twain once said: ‘The rumors about my death were greatly exaggerated,'” the despot said at the annual St. Petersburg International Economic Forum in St. Petersburg, The Guardian reported.

According to Twain biographer Albert Paine, Twain instead said, “The report of my death has been grossly exaggerated,” when asked by a reporter about his allegedly failing health.

Putin’s health has been reportedly worsening for years. In May Ukraine’s head of military intelligence said Putin is “very sick” due to cancer.

He’s so sick that the illness “will eventually lead to the change of leadership of the Russian Federation. This process has already been launched and they are moving into that way,” Ukrainian Major Gen. Kyrylo Budanov told the UK’s Sky News.

Putin has cancer and other ailments, he added, dismissing the suggestion that he was spreading propaganda.

The Sunday Times recently reported that Putin has blood cancer, citing an unnamed Russian oligarch with close ties to the Kremlin. And a…