PSG President Tips Lionel Messi To Have The Best Season... 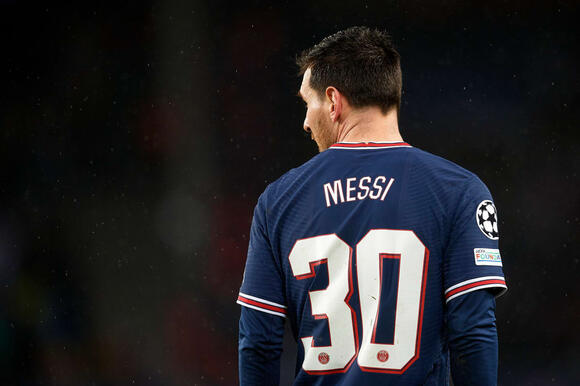 Nasser Al-Khelaifi is expecting more from Messi in year two.

Paris Saint-Germain president Nasser Al-Khelaifi has backed Lionel Messi to produce his best season ever at the age of 35.

After scoring at least 30 goals in 13 straight seasons for Barcelona, Messi netted just 11 times in all competitions during his first year as a PSG player.

Messi, who turns 35 this Friday, was the second most creative player in Ligue 1 last term, with 14 assists in 26 games.

But Al-Khelaifi is expecting more in year two.

“There is no doubt that Lionel Messi has won the Ballon d’Or a record seven times, and it was not his best season,” Al-Khelaifi told Le Parisien .

“But after more than 20 years in Barcelona, he discovered a new country, a new city, a new league, a new team. A new culture. As well as his family, and he was injured also by the coronavirus.

“It was not easy for Messi last season, but next season we will see the best version of Messi ever.” Read more – FUTBOL ON FANNATION