Projecting the Accuracy of ESPN’s Projections 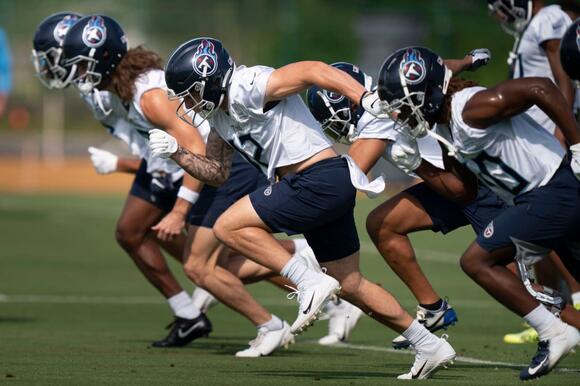 Noted prognosticator Mike Clay has said what he expect to see from Ryan Tannehill, Derrick Henry and others in the 2022 NFL season. Here’s a look at what he did or did not get right.

NASHVILLE – The five weeks between the end of the Tennessee Titans’ minicamp and the start of training camp leaves way too much time to ponder and speculate.

It’s easy to wonder how this season will take shape, especially in regard to the offense, which has many more questions to answer than the defense.

Mike Clay, ESPN’s resident NFL prognosticator, has offered up his annual projections for the Titans and the NFL’s other 31 teams.

The majority of the forecasts relate to the key players on offense, namely quarterback Ryan Tannehill, running back Derrick Henry and wide receiver Robert Woods. There is also a prediction for how many games the two-time AFC South champions will win.

Below are 10 of Clay’s Titans projections, followed by my take on whether they’re too high or too low.

I will, of course, reserve the right to change any and all June predictions as the actual start of the season draw near. But for now, here’s how it all shapes up..