Pride South Side celebrates the LGBTQ+ community this weekend 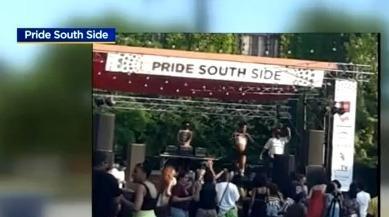 CHICAGO (CBS) — Pride is not just confined to Chicago’s North Side.

Right now, there is a movement to highlight what the South Side has to offer as well, as efforts just keep growing. CBS 2’s Steven Graves has more on what it means to those who put it all together.

Five years ago, it just started out as a picnic. Now, Jae Rice Co-Organizer of Pride South Side , has created a force. How would he describe it?

“It’s more intentional. It’s a lot deeper. It is magical.”

Growing up in Evanston, Rice saw a need to make a space for he and his partner that set itself apart from what we normally see as Pride on Chicago’s North Side.

“I think people seem to forget that the South Side has a huge concentration of Black Queer, Black Trans, Black gender non-conforming folks,” Rice said.

That history dates back to the 1930s, seen in pictures of queer cabarets and Drag Shows. Rice said the South Side’s biggest struggle continues to be access to resources in the Black queer community.