Price warning as WA becomes first State to phase out...

WA will next year become the first State to phase out plastic-lined takeaway coffee cups and lids, with warnings the price of a daily caffeine hit will rise as a result.

Produce bags for carrying loose fruit and vegetables in supermarkets, microbeads found in beauty products, cotton buds with plastic shafts and polystyrene cups and packaging will also be added to the banned list.

The McGowan Government said the second stage of its single-use plastics ban would start in February, with transition periods of between 6 and 18 months, depending on the product, before the changes are enforced, The West Australian reports.

The punishment for flouting the ban, which started with outlawing lightweight plastic shopping bags four years ago, is $5000.

West Australians use 182 million coffee cups a year and, according to a consultation paper released last week, these could be replaced with reusable “keep” cups, “swap-and-go” schemes run by cafes or disposable paperboard-lined cups.

The document, issued by the Department of Water and Environmental Regulation, estimates the cost of low-plastic coffee cups was 30 per cent higher than the plastic-lined cups currently in use.

Takeaway coffee cup lids, meanwhile, would have to be made from either paper or bagasse, a by-product of sugarcane. A previously announced ban on plastic cups and drinks for cold drinks begins on October 1. 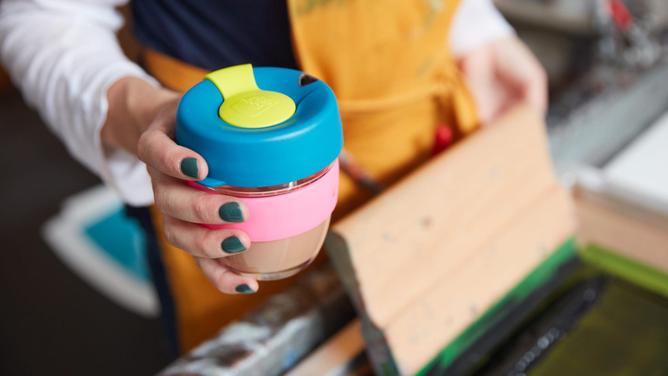 It is hoped the plastic cups could be replaced with reusable “keep” cups, “swap-and-go” schemes run by cafes or disposable paperboard-lined cups.

Muzz Buzz chairman Warren Reynolds, whose franchise has 36 outlets across WA, has already begun replacing plastic-lined coffee cups with biodegradable alternatives from China and Vietnam that cost 10-20 per cent more.

The markup on compostable alternatives to plastic cups for cold drinks was close to double, he said, and the higher expense would eventually be passed on to customers.

This was in addition to the price of coffee beans rising about 40 per cent over the past year and milk set to jump another 25 per cent in December.

“It has to be passed on to customers … we couldn’t absorb that, or retailers will go broke,” he said.

Mr Reynolds supported attempts to reduce plastics but said it should have been coordinated with other jurisdictions that were still years from introducing similar bans.

“There’s talk about swap schemes with cups, but it’s ridiculous. That sort of stuff doesn’t work,” he said.