Poll: Most Americans want abortion legal in most cases 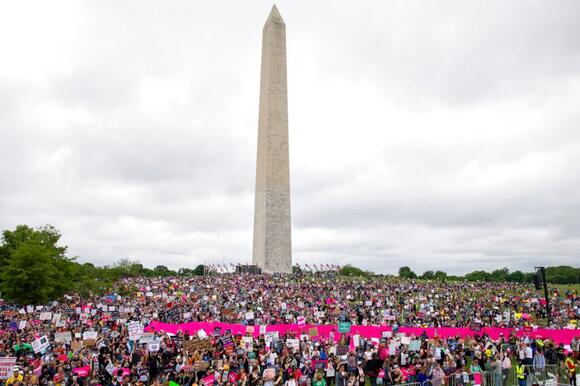 ( NewsNation ) — Despite widespread speculation that the Supreme Court is about to overturn Roe v. Wade, a NewsNation/Decision Desk HQ poll shows that the overwhelmingly majority of Americans want to keep abortion legal in most cases.

In May, a Supreme Court draft opinion leaked that signaled the court would put an end to the 1973 ruling that legalized abortion across America, sparking protests in cities nationwide .

People ages 18-34 tended to favor abortion being legal in all cases more than any other age group; 38% of young people said abortion should always be legal and an additional 35% said it should be legal in most cases.

People older than 35 still overwhelmingly favored abortion in all or most cases, but were more skeptical than their younger peers in allowing abortions: 36% of adults older than 35 believed abortion should be illegal in most or all cases, compared to 28% of people 34 or younger.

White people were more likely than minority groups to oppose abortion in all or some cases: 36% of white people believed abortion should be ille…