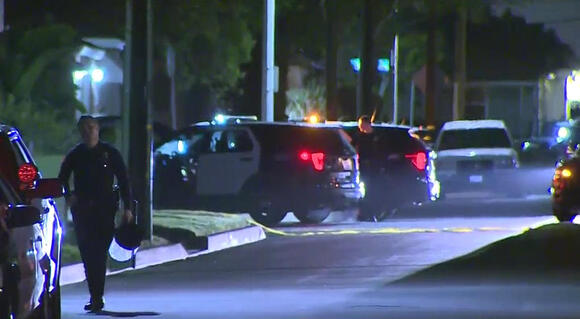 A valet was shot during a robbery and shooting in downtown Los Angeles that led to a pursuit that ended in Compton, where police have four people in custody

LAPD officers responding to a report of a robbery in the 900 block of South Broadway heard gunshots as they were arrived at about 2:45 a.m. Several suspects trying to drive off in a black BMW shot at officers, who gave chase.

The chase led to the 900 block of West Piru Street in Compton, where the suspects abandoned the vehicle. An LAPD sergeant in Compton said that three suspects were in custody, but two remain at large.