Parties’ protection money: Religious organizations to get tens of thousands

Included in the list of regional investments from Estonia’s 2023 state budget — popularly known as protection money — are funding allocations for a variety of recipients and objectives, ranging from sports clubs and village societies to disease prevention and the organization of cultural events. A clear favorite across political parties, however, are religious associations.

Estonia’s parliamentary parties had until Monday to submit their proposals for the distribution of their respective protection money, but in reality, the final list wasn’t compiled until Wednesday afternoon.

Similarly to previous years, the church once again stood out as the preferred recipient for all five parties’ financial support.

The coalition Reform Party, for example, has allocated €25,000 to the Viimsi St. Jacob’s Congregation of the Estonian Evangelical Lutheran Church (EELK) for the organization of its Organ and Chamber Music Days. The nonprofit of the Keila Baptist Congregation of the Union of Free Evangelical and Baptist Churches of Estonia (EKB Liit), meanwhile, will receive €5,000 to fix up its churchyard, while the Rakvere Carmel Baptist Congregation, likewise a member of the EKB Liit, will receive €6,000 in operating support.

Reform is allocating €39,000 in funding to the nonprofit St. Michael’s Society, €18,000 to the EELK’s Toompea St. Charles’ Congregation for the renovation of the gym at its kindergarten-school and €17,000 to the Tartu St. Mary’s Church Foundation for the restoration of the church. The Tallinn Cathedral School Foundation will also receive €30,000 in operating support, and the party is allocating funding to several other EELK congregations as well. 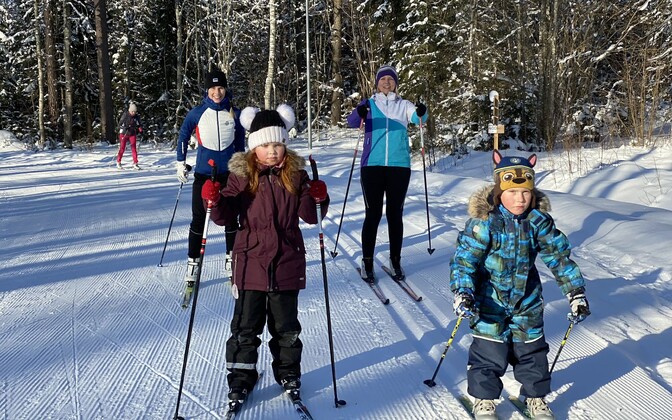 People skiing on a health trail.

The senior coalition party is nonetheless able to direct funding into other fields as well, including €39,000 each to both the Permanent Exhibition of Patriotic Education in Valga Foundation (VIKP) and the Estonian Health Trails Foundation, €19,000 for the construction of a low-altitude adventure park at Elva’s Õnneseen Kindergarten and €30,000 to Räpina municipal government for erecting a memorial stone to Forest Brothers in the historical Räpina Parish.

Among the coalition Isamaa’s regional investments from next year’s state budget are funding allocations including €5,000 each for the Tartu Catholic Education Center, EELK’s Hargla Congregation as well as the nonprofit St. Michael’s Society, which promotes a Christian worldview. Also to receive €5,000 each are the EELK’s Lääne-Nigula St. Nicholas’ Congregation and Rakvere Holy Trinity Congregation.

Kohila municipal government is to receive €12,000 to invest in the infrastructure of Kohila Baptist Congregation, major repairs of the EELK’s Hageri St. Lambert Congregation building as well as to purchase teaching materials for Kohila Manor School.

Isamaa’s biggest allocation, €20,000, will be allocated as operating support to Airpark Sports Club in Peetri for the organization of training and competitions. Kalev-Sillamäe Athletics Club will also receive €10,000 to ensure training for several-time Estonian record holder Jekaterina Mirotvortseva ahead of championship competition.

The nonprofit Baltic Center for Russian Studies will also receive €10,000 in operating support from Isamaa for research.

The opposition Conservative People’s Party of Estonia (EKRE) is planning on allocating funding from its share of next year’s protection money to a slew of religious institutions, including €20,000 to the nonprofit St. Michael’s Society for the improvement of sanitation facilities and €25,000 to the EELK’s Tallinn Toompea St. Charles’ Congregation for the improvement of facilities. 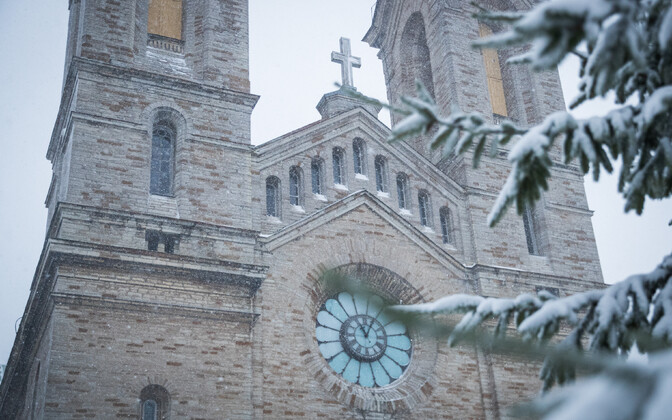 St. Charles’ Church in Tallinn in the snow.

EKRE will also aptly be allocating more than €40,000 of its protection money — called katuseraha, or literally “roof money,” in Estonian — to the nonprofit Friends of Mõniste-Ritsiku Church for the restoration of the roof of the Mõniste-Ritsiku Orthodox Church of St. John the Baptist, a member of the Estonian Apostolic Orthodox Church (EAÕK), and €18,000 to the EELK’s Puhja Congregation for the replacement of its parsonage roof.

€10,000 will be allocated to the Karolin School of St. Peter’s Lutheran School of Tartu and €9,000 to the nonprofit Pärnu Christian Private School. EKRE has also earmarked funding from its protection money for the Jõelähtme Church Manor Foundation, the EELK’s Varbla St. Urban’s Congregation as well as several other congregations.

The Tallinn-based nonprofit Elisha Training Center will receive €15,000 in support from EKRE for the development of cooperation between Christian congregations and organizations as well as for the promotion of civil society.

The party is allocating €30,000 in support to the nonprofit Ikkagi Inimesed (“Still People” or “Still Human”), which describes itself on its homepage as being dedicated to defending the interests of people who have experienced serious adverse reactions to vaccination against the COVID-19 virus. Another €30,000 will be going to the nonprofit Viking Village in operating support.

The coalition Social Democratic Party (SDE) has the fewest religious organizations included among the recipients of funding from its share of next year’s protection money.

The SDE will also be allocating €20,000 to Rõuge municipal government for the construction of water and sewage connections for two streets in Rõuge, €10,000 in operating support to the State Elder August Rei Foundation and another €10,000 to Audentes Sports Club in Tallinn for the purchase of training equipment. 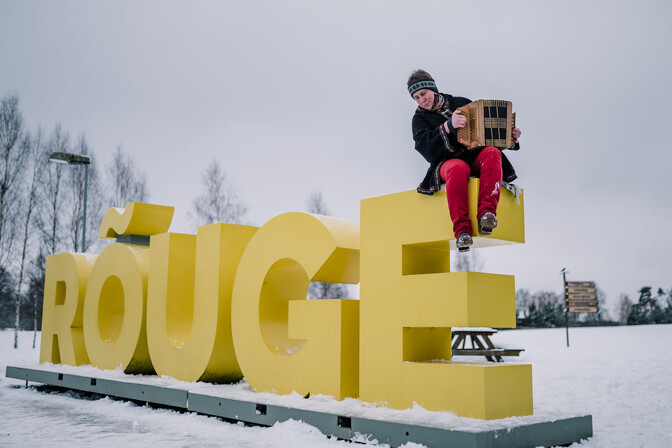 The nonprofit Kallavere School Alumni will be given €10,000 for drawing up a draft plan for the school building, while Tallinn City Museum will receive another €10,000 with which the Kalamaja Museum can organize an exhibition about the history of the Kalamaja neighborhood.

€11,000 of the Social Democrats’ protection money will be going to Võru Municipality for investing in cultural institutions and another €10,000 toward repairs on the gym at Põlva Sports Center.

The opposition Center Party will be allocating €35,000 in funding from its share of next year’s regional investments to the St. Michael’s Collegium Foundation for renovation …